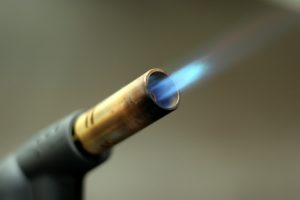 The acetylene torch a garage mechanic was using to remove the gas tank from a 1999 Dodge Caravan sparked an explosion that cost him his life. While beating the C-45 criminal negligence rap, the garage owner was convicted of a series of OHS violations in 2019, including lack of proper PPE and safe work procedures, failure to drain the tank and fuel lines and improper storage of acetylene tanks and, of course, using an acetylene torch to remove the gas tank. But the fine was only $27,250. Not enough, argued the Crown, and now a Nova Scotia court has agreed and more than doubled the fine to $67,500. The sentencing judge placed too much emphasis on the owner’s status as a small business and not enough on his blameworthiness. Moreover, it shouldn’t have relied on fine amounts from old cases that came down before Nova Scotia increased its OHS penalties [R. v. Hoyeck, 2021 NSSC 178 (CanLII), May 21, 2021].