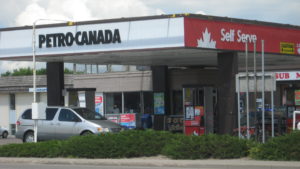 A company bought lands consisting of commercial buildings, two parking lots and a surrounding landscaped area. It knew that a gas station was formerly on the site. But an environmental assessment found no significant contamination. A number of years later, after the company got an offer to buy the lands, another environmental assessment found contamination at a level that required remediation. It spent about $400,000 on remediation. The company sued the prior gas station operator to recoup the costs. The gas company argued that the 10-year limitation period had expired. But the court found that this case appeared to be the type contemplated by Sec. 218 of the Environmental Protection and Enhancement Act, which lets a judge extend a limitation period where the basis for the proceeding is that the release of a substance into the environment resulted in an adverse effect. Here, the harmful effects of contamination weren’t evident for a number of years, due diligence was shown and there was no prejudice to the defendants. But because there were some merits-based implications on due diligence, the court granted an extension of the limitation period subject to a final determination of the issue at trial [Lakeview Village Professional Centre Corp. v. Suncor Energy Inc., [2016] ABQB 288 (CanLII), May 19, 2016].