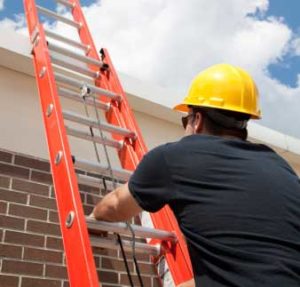 In decisions on prosecutions of safety offences, the courts often criticize the employers, supervisors, workers or other defendants for, say, poor safety practices or reckless behaviour. But they rarely criticize the government OHS agency.

In a case from Ontario, however, the court made a specific point of criticizing the Ministry of Labour’s investigation into the incident that was the basis for the charges.

A company hired an electrician to assess damage that was done to an electrical cable by a worker operating a drill. The electrician climbed a ladder that didn’t have non-slip feet and wasn’t secured. It slipped and he fell, suffering serious injuries.

As a result, the company and a supervisor were charged with various OHS violations. The trial court acquitted the defendants, so the Crown appealed.

The appeals court upheld the acquittals. After the court’s explanation of its decision, it added some final comments as an aside (what lawyers call “dicta”).

The judge said, “I was not at all impressed with the investigation of the precipitating event by the Ministry of Labour safety inspectors.” The criticism focused on these areas:

Destruction of evidence. The MOL sent two investigators. The second one didn’t know that the first one had been sent until he got there and found that the first investigator had ordered the ladder destroyed (it was cut in half). The court said, “I find it astonishing that evidence in a matter where a worker was seriously injured would be ordered to be destroyed before it was photographed.”

Interviews. The court also noted that it was troubling that the second MOL inspector didn’t interview three of the key witnesses, all of whom were directly involved with the providing of the ladder in question and ensuring the safety of the electrician. The inspector only interviewed the company safety officer, who had no direct involvement with the details of the particular work job.

Industry practice. If the MOL had done a proper investigation in this case, said the court, it should have become obvious that there’s a very settled industry practice of holding ladders to secure both the top and the base. The MOL should’ve used its influence and discretion for an industry-wide initiative to correct a practice that seemed to be unsafe.

The court concluded by noting that the consequences of an OHS prosecution can be devastating, whether or not the defendants are ultimately convicted. For example, the supervisor charged in this case decided to step down as roofing superintendent because the charges “took a huge toll on his life in terms of stress” [R. v. Flynn Canada Ltd., [2013] O.J. No. 6232, Oct.. 31, 2013].