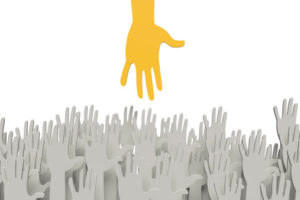 Corporate social responsibility, such as a company’s commitment to environmentally friendly practices, is often described as a quality that customers, clients and stockholders look for in the companies they buy from, invest in or hire. But a new Ipsos survey shows that corporate social responsibility—including making workplace safety a priority—is also important to employees.

The study, conducted among 18,150 adults in 24 countries including Canada, asked respondents for their views of large companies. The poll found that a majority of respondents indicated that they “strongly agree” that, in general, companies should pay more attention to the environment (61%) and do more to contribute to society (52%).

In terms of their own employers, 37% said it was “very important” for their companies to be responsible to society and the environment. This importance rises to 80% when it’s combined with the 43% of employees who believe it’s somewhat important their employer is responsible.

On a country by country basis, Brazil (65%), Mexico (59%), Argentina (57%), Indonesia (55%) and India (51%) top the charts for proportions of employed respondents indicating it’s very important their employer is responsible to society and the environment, while Japan (11%), France (17%), China (19%) and South Korea (22%) have the lowest proportions of advocacy among employees.

Safety professionals should take special note that when asked to consider what the two most important things a company must do to be respected, the top items among all survey respondents were:

But when looking solely at respondents from Canada, the top priority was respect and adhere to local laws and rights (27%), with prioritizing workplace safety coming in a close second at 26%.