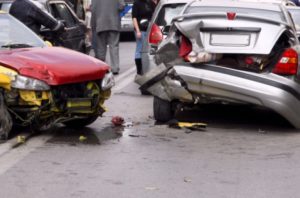 Workers who are intoxicated while on the job can endanger themselves and their co-workers. That danger is heightened if the intoxicated worker is behind the wheel of a company vehicle, such as a car, truck or powered mobile equipment. After all, drunk drivers are a threat to not only the driver but also everyone else on the road. However, despite the serious safety hazards posed by drunk workers operating company vehicles, you may not always be able to fire them for such conduct. Here are two cases that tackled the issue of when termination is appropriate for workers operating company-owned vehicles while under the influence.

A worker took a company truck without permission and drove it to a client meeting. Afterwards, he stopped for lunch at which he drank four beers. On the way back to the workplace, he lost control of the truck, going off the road and rolling over several times. The truck was totalled and he suffered serious injuries. Although the worker denied being drunk, a blood test performed by the hospital indicated he was above the legal limit. He was charged with drunk driving. The company fired him for cause.

The Ontario Superior Court of Justice upheld the worker’s termination.

The court noted that the worker had signed the employee handbook, which barred the consumption of alcohol off premises while conducting business and indicated that consuming alcohol on the job could lead to termination. He’d also exposed the company to the risk of liability. In addition, he’d destroyed company property, which he was using without permission. And drunk driving is a very serious criminal offence. So although the worker been an employee for 23 years and had a clean record, the court found that he’d engaged in serious and criminal misconduct in the course of his employment that warranted termination.

City policy barred the personal use of city-owned vehicles. Nonetheless, a worker drove a city vehicle to a property he owned to collect the rent and give new tenants their keys. While there, he drank beer and brandy with the tenants—on an empty stomach. On the way home, he drove into the back of a tractor-trailer. Fortunately, no one was injured. But he was arrested for driving while impaired. As a result, the city fired him.

The Ontario arbitrator ruled that termination was inappropriate in these circumstances.

The arbitrator noted that driving an employer-owned vehicle while under the influence of alcohol is a very serious offence, which merits significant discipline up to and including

discharge—whether or not the worker was actually on duty at the time. In this case, the worker, an admitted alcoholic who’d worked for the city for 22 years, acknowledged making a “huge” mistake but asked for a second chance. He cooperated with the city’s investigation, sincerely apologized, pleaded guilty to the criminal charges and immediately began seeking treatment for his addiction. In fact, he testified that he hadn’t had a drink since the accident. So the arbitrator concluded that, based on all of the circumstances, termination was excessive. It ordered his reinstatement on certain conditions, including that he not drink alcohol, agree to be subjected to random tests to prove he was abstaining, continue in his treatment program and join AA.