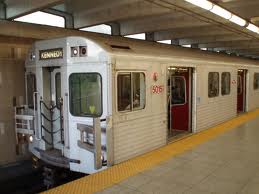 At a subway construction site, a worker employed by a subcontractor was operating a drill rig equipped with an auger to create a shaft. Another worker was operating an excavator in the area, while a third was operating a backhoe. The worker operating the drill rig raised the auger from the hole and swung the mast. The drill rig suddenly toppled and the mast and casing crushed the excavator as well as the backhoe. The worker operating the excavator was seriously injured; the one operating the backhoe was killed. An investigation found that inadequate site preparation, a soil base unable to withstand the weight and pressure created by the drill rig and operation of the rig on a slope greater than allowed all contributed to the incident. The constructor pleaded guilty to failing to ensure that safety measures required by the OHS laws were followed and was fined $400,000 [OHL-FCC GP, Govt. News Release, Nov. 28, 2014].