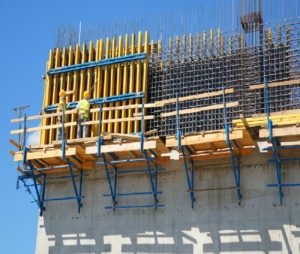 Workers at a construction site were laying sheets of chip board on a deck. The deck’s framing was complete but no floor had been laid. While positioning a board, a worker stepped backwards and fell between two deck joists, falling over 3.66 meters to the ground and sustaining fractures and a back injury. After the incident, a site supervisor directed workers to install guardrails and the deck floor before the MOL got there. The company pleaded guilty to failing to ensure that a guardrail or fall arrest system was used while workers were exposed to a fall hazard of three meters or more and was fined $50,000. The supervisor pleaded guilty to disturbing the scene of a critical workplace injury and was fined $2,500 [Rodco Enterprises, Govt. News Release, Feb. 22, 2013].