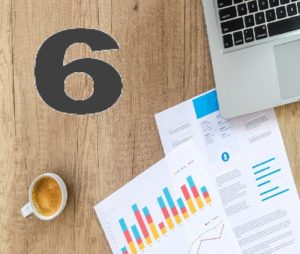 Society changes much faster than the laws that regulate it. Thus, while the Industrial Revolution began in the early 19th century, OHS laws protecting workers from its ravages weren’t in place until the 1970s. Nearly 40 years later, we are undergoing the next phase in the evolution of those laws. The impetus for this adjustment is the recognition that occupational hazards go beyond things like electricity, machinery and other physical forces, equipment and materials but also include social conditions affecting a worker’s mental and psychological well-being. The reworking of 20th century laws for 21st century work conditions is the overarching theme of the current OHS year. And while this long term trend has been unfolding for a long time, the uncertainty and concern over legalization of recreational marijuana adds a dimension of immediacy and urgency to 2017-18.

The extension of OHS regulation into the realm of social behaviour and psychological well-being began with workplace violence. Although impossible to pinpoint a precise moment, the OC Transpo massacre of April 6, 1999 in which a disaffected and disturbed transit worker shot 5 co-workers before turning the gun on himself was a turning point prompting provinces to adopt new OHS regulations requiring employers to take specific steps to assess and control violence hazards at their own workplaces.

What started with violence has, inevitably and logically, expanded to harassment. Québec was the trailblazer adopting new legal protections psychological harassment in 1999 (although technically as part of the Labour Standards Act (LSA) and not the OHS laws). In 2010, Ontario became the first province to make protection from not just workplace violence but also harassment a duty under its OHS laws. Bill 168 also broke new ground by extending violence obligations to domestic violence in the workplace and requiring employers to investigate incidents of violence and harassment. Bill 168 has since proved a model for other provinces.

The past 12 months has witnessed unprecedented activity with no fewer than 6 different jurisdictions adopting (or in the process of) new OHS workplace violence and harassment requirements:

Trends & Predictions: Sexual and other forms of workplace harassment have traditionally been the domain of HR. The reinvention of those protections as OHS rights will require HR and EHS managers to work together—especially as OHS authorities are stepping up their so far anemic efforts to enforce existing workplace violence and harassment laws:

The same forces driving expansion of OHS laws to workplace harassment is fueling another  major trend in current OHS law: expanded workers’ comp coverage for PTSD and other mental stress. Historically, such injuries were presumed to be non-work-related. To rebut the presumption, workers had to show that the mental damage was the result of a discrete event(s) that happened at work, e.g., watching a co-worker get killed in a gory machine entanglement. Without such a discrete event, it would be impossible to rule out the likelihood that non-work causes caused or at least contributed to the mental injury. Or so the argument went.

Making it even harder to qualify for benefits was that the traumatic event also had to be “objective.” Explanation: The fact that an event proved traumatic to that particular worker wasn’t enough; an event was deemed traumatic only if a “reasonable” worker would have found it traumatic.

As OHS protection evolves to encompass not just physical but psychological and mental hazards, liberalization of these grudging coverage rules was all but inevitable, particularly given modern scientific studies showing that mental injuries generally develop gradually over time and not in one fell swoop. Over the past decade, reform efforts have followed 2 basic patterns:

One of the biggest stories of the past year was the Ontario WSIB’s decision to take the latter path. Policy 15-03-14, which took effect on Jan. 1, 2018 makes it easier for workers to get benefits for chronic mental stress, i.e., mental stress caused not by discrete traumatic events but “substantial work-related stressors, including bullying.” To qualify for coverage under the new Policy, workers must:

Alberta did the same as part of its Bill 30 workers’ comp reforms.

Trends & Predictions: The PTSD coverage trend is inevitable and irreversible—even though a few holdouts remain, e.g., Saskatchewan. One dramatic example of this was the decision of the PEI Workers’ Comp Board to award benefits to the widow of a worker who suffered a fatal heart attack as a result of being bullied by his supervisor at work. So, it behooves you to expand the scope of your OHS program to mental and psychological injuries and implement proactive measures such as counselling or EAP programs to help your workers cope with workplace stressors in the interest of not only preventing workers’ comp claims but enhancing productivity and morale.

OHS prosecutions and penalties have been steadily increasing for over a decade. More troubling for employers, however, are the new laws increasing not just penalties but the authority of the enforcement officials that impose them. So far this year, 4 different jurisdictions have or are in the process of adopting such laws.

Again, Ontario is in the vanguard. In addition to tripling corporate and quadrupaling individual fines, Bill 177 increases liability risks by extending the statute of limitation for laying OHS charges–from 1 year from the date of the alleged violation to 1 year from the date an inspector becomes aware of the violation. But because they were buried in a massive budget bill, these changes haven’t gotten the attention they deserve.

(2) Doesn’t apply if employers own the workplace

(3) MOL also gets authority to adopt additional requirements and stricter timelines if:

In Alberta, the Bill 30 OHS Act reform bill includes provisions beefing up enforcement including new and expanded powers of government officers to investigate injuries and incidents, interview persons not present at the work site at the time of an incident and issue and enforce stop work and stop use orders. Bill 30 also gives courts more authority to impose creative sentences for OHS violations.

Other examples of OHS enforcement expansions in the current year:

Trends & Predictions: Intensification of enforcement is moving from discretionary government policy to a permanent feature of the OHS system. So, barring something dramatic and completely unexpected, inspections, orders, fines and other penalties are likely to continue climbing for the foreseeable future.

Serious workplace injuries, illnesses and incidents raise the risk of not just OHS investigation but also criminal prosecution. The primary threat comes from what was once known as Bill C-45, which made it easier for the Crown to prosecute companies and corporate officials for criminal negligence for egregious health and safety offences affecting work under their control. While the law has been on the books since 2005, the rate of C-45 prosecutions has been steadily increasing in recent years. Significant C-45 cases from the previous year:

On March 1, 2018, things took a turn to the weird when the Court of Québec upheld the criminal conviction of an excavation contractor after a worker was killed in a trench collapse. The remarkable aspect of the so-called R c. Fournier case was the basis of the conviction: the contractor was found guilty of not just criminal negligence under C-45 but also manslaughter.

Trends & Predictions: Chances are, the Fournier case will prove to be more of an outlier than a trend starter—both inside and especially outside Québec. But even if the manslaughter approach doesn’t catch on, threat of criminal prosecution under C-45 remains a very real and increasing threat.

Effective this fall (the official date hasn’t yet been announced as of this writing), it will become legal to buy, sell and use recreational marijuana in Canada (medical marijuana is already legal but only for very limited purposes). Although it’s not technically an OHS issue, legalization will have an enormous and immediate impact on workplace safety. At least that’s the perception.

Trends & Predictions: The reality is that legalization will have only a marginal impact—at least in terms of OHS programs. You’ll still be able to enforce your anti-drug policies just the way you currently do with your anti-alcohol policies. Using and being high on pot at work will be no more acceptable than drinking and being drunk on the job are today. The real challenge is that marijuana legalization is likely to lead to increased marijuana use the way it has in several U.S. states that have legalized recreational pot. In other words, while legalization should have little substantive effect on your anti-drug policies, it will make your ability to enforce them even more significant.

The other piece of good news for safety directors is that marijuana legalization is being accompanied by legislative changes that will make it easier to crack down on workers for improper use, including:

You can also expect the OHS agency of each province and territory to adopt new health and safety regulations specifically addressing marijuana use and impairment in the workplace.

In 2015, Canada gave its WHMIS laws a makeover to comply with international GHS rules. Of course, WHMIS/GHS affects not just producers, importers and distributors of controlled products (newly renamed as “hazardous products”) but the employers who use them downstream. The deadline for employers to comply with the new GHS rules is December 1, 2018.

Trends & Predictions: To comply with the new GHS rules, there are 5 things your company needs to do by the deadline: