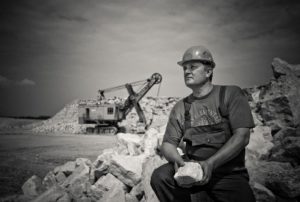 Drug addiction is a thorny issue for OHS managers, especially at dangerous work sites like mines and construction projects. Addiction creates significant safety risks for not just the addicted worker but co-workers. By the same token, drug addiction is considered a disability under human rights laws. And this begs a crucial question just addressed by the Supreme Court of Canada:

What Happened: An Alberta coal mine operator’s “no free accident” policy required workers to disclose any drug addictions or dependencies. Those who came forward would be offered treatment, not discipline; but if they didn’t disclose and later got into an accident and tested positive for drugs, they’d be terminated. A loader driver addicted to cocaine chose the latter option. Sure enough, he got into an accident, tested positive and got fired. He claimed disability discrimination but the Alberta Human Rights Tribunal threw out his case.

What the Court Decided: The Supreme Court of Canada said the Tribunal’s ruling was reasonable and refused to overturn it.

How the Court Justified the Decision: Although the majority agreed that firing the driver wasn’t discrimination, they did so for different reasons:

Theory 1: He Was Fired for Violating Policy, Not Addiction: The “no free accident” policy was a legitimate safety measure. The driver acknowledged knowing of the policy but contended that the self-denial associated with his addiction made it impossible for him to come forward and disclose it. The Court didn’t buy it. He knew that using drugs outside work was dangerous and was perfectly capable of following the policy. The reason he was fired was that he deliberately chose not to, not because he was an addict.

Theory 2: He Was Fired for Addiction but Firing Was Still Legal: Another group of Justices found that addiction was at least one factor in the driver’s termination. But while that was enough to taint the decision, it wasn’t enough to prove discrimination. The driver also had to show that the employer failed to accommodate him to the point of undue hardship. The reason he should lose the case was that he couldn’t clear that hurdle, the Justices reasoned. Drug use in a coal mine could have disastrous consequences. The threat of serious and immediate termination was crucial to deter such use. Imposing a lesser penalty on the driver would have undermined the deterrent effect of the policy and caused undue hardship to the employer.

Stewart comes just 2 months after an Ontario court upheld the Toronto Transit Commission’s random drug and alcohol testing policy in the Amalgamated Transit Union, Local 113 case. Once again, the message seems to be that the employer’s interest in workplace safety trumps workers’ personal privacy and disability discrimination rights. But it’s a lot more subtle than that.  Thus, while the Stewart case continues the recent judicial momentum in favour of highly restrictive drug policies, we need to be careful not to overblow its significance for future cases. Some caveats to keep in mind: