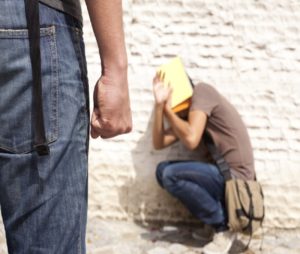 You’ve probably seen a headline like this, which refers to a recent ruling from the Ontario Court of Appeal. “No tort of harassment” sounds pretty important. But if you didn’t go to law school, you might be a bit confused about exactly what it means.

Short answer: It basically means workers can’t use a particular legal theory to sue you for money damages if they get harassed at work. But there are still plenty of other things that harassed workers can do to hold you accountable. We’ll break down the case means and its practical impact on your OHS program.

What Is a Tort?

Tort law doesn’t come from legislation. It’s created by courts in individual cases brought by persons who suffer harms as a result of conduct by other individuals or entities. In deciding on individual claims, courts create new precedent that are then cited in future cases. Over time, the accumulation of cases forms a new body of law. Torts include assault, battery, trespassing and, most famous of all, negligence.

Negligence is the basis for lawsuits for anything and everything from careless driving to medical malpractice. But the one thing it’s not used for are worker lawsuits against their employers for work injuries. The reason for that is workers’ comp covers work injuries on a no-fault basis. In other words, workers get benefits without having to prove that they got hurt as a result of the employer’s negligence. The tradeoff is that they must settle for workers’ comp and can’t sue their employers for negligence, including negligently failing to protect them from workplace harassment.

But workers who suffer harassment at work may be able to sue their employers for other torts. The most likely of these is intentional infliction of mental injury (IIMM), which occurs when an employer commits or permits outrageous behaviour that causes the worker to suffer significant psychological injury. The problem for workers is that it’s extremely hard to prove mental injury and trace its cause to the outrageous behaviour.

The fact that negligence is off the table and IIMM is so hard to prove explains why the question of whether harassment is a tort is so important. If such a tort were to exist, it would give workers who get harassed and bullied at work a new and dramatically powerful remedy: suing their employers (and/or co-workers) for money damages.

While other cases have hinted at whether harassment is a tort, the so-called Merrifield case is the first in Canada to tackle the question head on. It began when an RCMP employee brought a tort lawsuit against members of management for allegedly bullying and harassing him at work. In 2017, after a long trial, the trial judge said there was, in fact, a harassment tort and that the defendants were guilty of committing it. So, it ordered them to pay the victim $141K in damages and $825K in legal costs.

After nearly two years, the case reached Ontario’s highest court, the Court of Appeal, which found that the trial judge was wrong in recognizing a harassment tort. New torts need to grow out of previous cases and can’t be created “out of whole cloth,” except in extreme cases. And “this is not a case whose facts cry out for the creation of a novel legal remedy,” the Court concluded [Merrifield v. Canada (Attorney General), 2019 ONCA 205, March 15, 2019].

There’s still an outside shot that Merrifield will be appealed to the Supreme Court of Canada. And even if it’s not, it’s technically binding only in Ontario. Even so, it draws on laws from all parts of the country and is thus likely to prove highly influential in other provinces. Accordingly, it’s pretty clear that for now at least, harassment tort lawsuits by workers are much less of a risk today than they were a couple of months ago.

8 Other Risks of Harassment

But don’t get lulled into a false sense of security. While Merrifield takes worker harassment lawsuits out of play, there are still plenty of ways you can be held accountable for failing to protect your workers from workplace bullying and harassment, including: