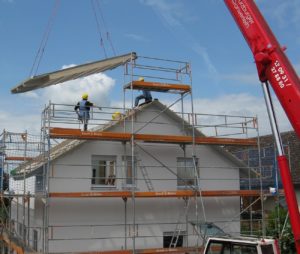 A company was salvaging metal from a former industrial plant. A temporary worker supplied by another company fell approximately three metres from an opening in a wall onto a pile of pipe. He suffered a broken leg and three broken ribs. The company was charged with several OHS violations. The court said there was no evidence that the company took any steps at all concerning the safety of its workers. The company argued that the prime contractor was responsible for supervising all workers—including the company’s—and complying with all safety requirements. So it had no duty to ensure the safety of its workers at that site. But the court disagreed, convicting the company on all counts [R. v. Canadian Consolidated Salvage Ltd. (Clearway Recycling), [2012] ABPC 133 (CanLII), May 8, 2012].