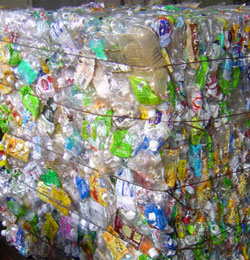 A worker was operating a baling machine that compacted and strapped plastic when a second worker walked in front of the machine as compacted plastic was being ejected. The plastic struck the second worker and pinned him against a nearby forklift, causing injuries. Two companies were charged with OHS violations. The court found that the baler wasn’t guarded to prevent worker access or maintained in good condition and that maintenance was performed on it while it was in motion. The court also found that one company failed, as an employer, to provide information, instruction and supervision to protect workers around the baler. The companies were convicted on all counts and fined $210,000 and $200,000 [Unitec Inc. and 629728 Ontario Ltd., Govt. News Release, July 26, 2013].