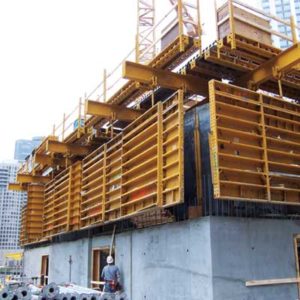 One worker was standing beside a steel form using a remote control to operate an overhead crane to pour buckets of concrete into it. Without warning, one side of the form detached and fell on him. He suffered multiple fractures and a punctured lung. The MOL found that the welds used to hold the form together were inadequate given the weight of the wet concrete being poured into it. The company pleaded guilty to failing to ensure that the form was designed and constructed to resist all loads and forces which were likely to be applied to it. The court fined it $55,000 [Con Cast Pipe Inc., Govt. News Release, March 15, 2012].