Cold Weather Responsible for 17X as Many Deaths as Hot Weather, Says Study 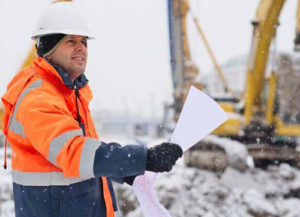 We focus a lot on protecting workers from heat stress, especially in the summer. The dangers posed by cold stress doesn’t seem to get as much attention. And when we do consider both hot and cold temperatures, our attention is often on the extremes, such as heat waves and Arctic blasts.

But a study covering 384 locations in 13 countries, including Canada, found that cold weather is responsible, directly or indirectly, for 17 times as many deaths as hot weather. And the main culprit is moderately cold temperatures.

The study, published in The Lancet, was based on an analysis of more than 74 million deaths and calculated mortality attributable to heat and cold in Australia, Brazil, Canada, China, Italy, Japan, South Korea, Spain, Sweden, Taiwan, Thailand, Britain and the US. (In Canada specifically, the researchers looked at 2,521,586 deaths in 21 cities between 1986–2009.)

The researchers found that temperature was responsible for a substantial portion of deaths, corresponding to 7.71% of mortality in the selected countries within the study period.

How does cold kill?

Cold temperatures mainly have cardiovascular and respiratory effects. Exposure to cold has been associated with cardiovascular stress by affecting factors such as blood pressure and plasma fibrinogen, vasoconstriction and blood viscosity, and inflammatory responses.

Similarly, cold induces bronchoconstriction and suppresses mucociliary defences and other immunological reactions, resulting in local inflammation and increased risk of respiratory infections. These physiological responses can last for longer than those attributed to heat, and seem to produce mortality risks that follow a smooth, close-to-linear response, with most of the attributable risk occurring in moderately cold days.

Bottom line: Cold is responsible for a higher proportion of deaths than heat, while moderate hot and cold temperatures pose the greatest health risk.

Here are resources from the OHS Insider that you can use to ensure that your workers are adequately protected from cold stress, including: