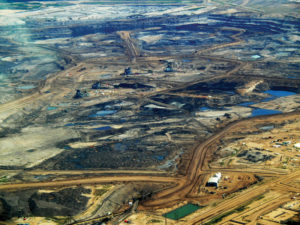 On Oct. 7, 2014, the Commissioner of the Environment and Sustainable Development released a report on the federal government’s actions related to a number of environmental issues, including the reduction of GHG emissions, environmental monitoring of oil sands and the implementation of the Canadian Environmental Assessment Act (2012) to date. Its findings are critical of the federal government’s efforts in certain key areas. Here’s an overview of this report and the findings—and recommendations—of the Commissioner’s audit.

The Commissioner’s report is divided into six chapters, three of which address:

Overall, the audit found that federal departments have made unsatisfactory progress in each of the areas examined:

Working to reduce emissions. In 2012, the Commissioner concluded that the federal regulatory approach was unlikely to lead to emission reductions sufficient to meet the 2020 Copenhagen target. Two years later, the evidence is stronger that the growth in emissions won’t be reversed in time and that the target will be missed. Specifically, the report found that:

The report makes the following recommendations in this area:

Estimating Canada’s future emissions. The recent audit found that Environment Canada has produced forecasts and reports regularly, voluntarily providing Canadians with information about energy use and GHG emissions, which are positive steps. Although the Department has generally used sound methods to estimate and report future emissions, it could improve these methods by enhancing its modelling capacity, continuing to strengthen its internal training, and providing greater consistency and detail in its predictions and reports.

The government needs to have a good understanding of the likely future level of GHG emissions so that it can respond appropriately. Its analysis also provides a basis for reports to Canadians and international parties, including the Emissions Trends reports and the National Communications and Biennial Reports required under the UN Framework Convention on Climate Change.

The report makes these recommendation in this area:

In this area, the audit’s objective was to determine whether Environment Canada implemented its responsibilities under the Joint Canada–Alberta Implementation Plan for Oil Sands Monitoring (“Joint Plan”) according to established timelines and budgets, and the objectives and approaches set out in the Joint Plan.

This audit focused on these areas:

Planning. Overall the audit found that, under the Joint Plan, work plans identified Environment Canada’s responsibilities and included budgets and timelines for deliverables. In light of the complexity and costs associated with establishing a comprehensive monitoring program for the oil sands, concrete work plans make it more likely that the program will achieve its objectives. But additional efforts are needed to meet commitments to engage stakeholders, including First Nations and Métis, and incorporate Traditional Ecological Knowledge into the Department’s monitoring activities. Effective stakeholder engagement is also critical to the monitoring program’s relevance, credibility, implementation and operation.

Implementing monitoring projects. Environment Canada implemented most of the projects the audit examined according to established timelines. The audit also found that the Department is in the early stages of integrating monitoring results across air, water and biodiversity, which is important for understanding cumulative environmental effects of oil sands development.

The report recommends that Environment Canada, in partnership with the Alberta Environmental Monitoring, Evaluation and Reporting Agency:

In addition, most of the Agency’s processes and the rationales on which recommendations are based aren’t made public. As the intent of the new law is to focus on projects that have the greatest potential for significant adverse environmental effects, it’s important for the Agency to have a clear, transparent basis for identifying those projects.

As a result, the audit recommends that the Agency:

The report also notes that CEAA 2012 has provisions for the carrying out of regional studies, an important step that, once completed will help in understanding the effects of multiple projects (existing and future) in a given region.

2014 Fall Report of the Commissioner of the Environment and Sustainable Development, Oct. 7, 2014