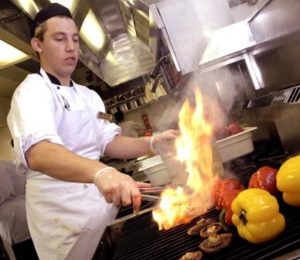 A chef at a resort harassed a waitress. She transferred to a housekeeping position to get away from him but the harassment didn’t stop. For example, he exposed himself to her on numerous occasions, sent her pictures of his genitals and made inappropriate sexual comments. He also drove by her house. She complained to the resort but was unhappy with its response. So she contacted the police, who arrested the chef for harassment and indecent exposure. Although he pleaded guilty, she wasn’t comfortable returning to the resort so she quit and filed a sexual harassment complaint. The Human Rights Tribunal concluded that the sexual harassment the waitress was exposed to was persistent and severe. It also extended beyond the workplace and had a significant negative effect on the waitress. So it ordered the chef to pay her $30,000 in damages (she’d previously settled with the resort) [C.U. v. Blencowe, [2013] HRTO 1667 (CanLII), Oct. 3, 2013].