Changes to OHS Law Get Royal Assent in BC 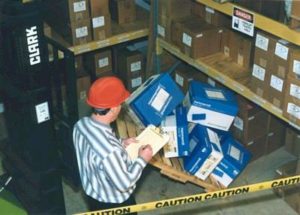 In the wake of two sawmill tragedies in BC, the government proposed a number of changes to Part 3 of the Workers Compensation Act (the Act). Bill 9, which includes those proposed changes, just received Royal Assent on May 14, 2015. According to WorkSafeBC, the goal of the changes is to improve workplace health and safety, and strengthen the tools that it uses to enforce the Act and the OHS Regulation. Here’s an overview of the key changes made by Bill 9 and their impact on employers.

Key Dates: Some of the changes to the Act took effect May 14, 2015, while others will follow later in the year or in 2016. For example, a provision that establishes compliance agreements is expected to come into effect in Sept. 2015, while OHS citations for employers are expected to be introduced in early 2016.

Key Changes: The following four amendments to the Act are now in effect:

Second, the potential scope of the stop work order has changed. A stop work order may now also be made applicable to other or all workplaces of an employer if there are reasonable grounds to believe that the same or similar unsafe working or workplace conditions exist at the other workplaces (a “stop operations order”).

Expanded injunction powers. The amendment provides a mechanism to deal with individuals who fail to comply with the Act or Regulation after WorkSafeBC has exhausted other appropriate enforcement methods. Sec. 198 currently lets the Board apply to the BC Supreme Court for an injunction to either restrain a “person” (which includes corporate and individual employers, owners, supervisors, suppliers, workers, etc.) from continuing or committing a violation or require a person to comply with the Act, Regulation or an order. The amendments to the injunction provisions now enable the court to also grant an injunction restraining a person from carrying on in an industry, or an activity in an industry, indefinitely or until further court order.

Changes to penalty due diligence. Sec. 196 of the Act deals with administrative penalties. Currently, before imposing a penalty, the Board must determine that an employer failed to exercise due diligence. Bill 9 clearly places the onus of due diligence on the employer. This shift has already been reflected in part by the use of the due diligence letter in the new 90-day penalty process. The Bill 9 changes aren’t expected to impact this practice.