No Cause to Fire Worker for ‘Cardinal Violation’ in These Circumstances 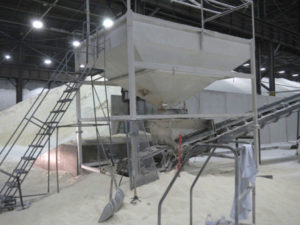 At an oilseed processing facility, canola meal pellets were stored in bins. An unloader device attached to the centre of the bin sweeps the pellets into a hole, where they fall into hopper cars or trucks. A worker was trying to operate the unloader, which wasn’t working. He attached a pipe wrench to the shaft of a gear box and turned on the device. The wrench pushed his hand against the motor, breaking his finger. The facility fired him for committing a “Cardinal Violation” of its safety rules. But an arbitrator found that he was unjustly dismissed. The worker’s actions were a momentary albeit serious lapse in judgment. But he had no prior violations in 11.5 years as an employee. He also admitted his error and took responsibility for it. Thus, the arbitrator concluded that a one month suspension was more appropriate [Shuya v. ADM Agri-Industries Co., [2014] C.L.A.D. No. 259, Oct. 1, 2014].