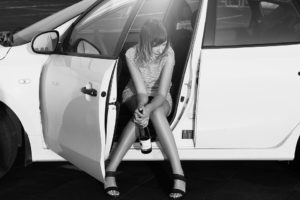 Drug- and alcohol-impairment is a grave safety hazard, especially for a safety-sensitive worker like a nurse who cares for frail and elderly residents in a nursing home. So the recent case from Manitoba about the health aide who got fired for being drunk at work might surprise you. Not only did she get her job back but $10,000 to boot. While counterintuitive, the case illustrates an elementary principle you need to be aware of when dealing with workplace impairment—especially as Canada gets set to legalize cannabis: unlike casual use, addiction to drug and alcohol use is a disability requiring accommodation under human rights laws.

What Happened: Suspicion that alcohol was behind a personal care home aide’s attendance problems was confirmed when the aide showed up for work drunk and had to be sent home. At the disciplinary meeting a few days later, the aide, who had already admitted being on probation for DUI, acknowledged that she had an alcohol “addiction” and was in a court-ordered 6-month counselling program. The home offered her a last chance agreement letting her return if she promised to abstain from alcohol “at all times.” In spite of her concerns about the abstinence clause and the union’s advice not to sign it, the aide eventually signed the deal on April 5 and awaited reinstatement.

But it was not to be. A few weeks after signing the agreement, the aide was fired for supposedly violating it. The home claimed that since April 5 it had received 2 reports that the aide was drinking—one from an anonymous source who claimed he/she saw her reeking of alcohol in a grocery store, and the other from her manager who claimed the aide was drunkedly slurring her words during their recent phone conversation. The aide denied both allegations and filed a discrimination complaint.

The Manitoba Human Rights Board of Adjudication ordered the home to reinstate the aide and pay her $10,000 in damages. An appeals judge set aside the ruling finding that this was a dispute under the collective agreement that should have been decided by a labour arbitrator, not the Board. So the Board appealed.

What the Court Decided: Manitoba’s top court, the Court of Appeal, overruled the appeal judge and ordered her to review the Board ruling on its merits.

How the Court Justified Its Decision: This really was a discrimination case and the Board had jurisdiction, i.e., legal authority to hear it. The real issue, which the appeal judge would now have to decide, was whether that ruling was reasonable. Specifically, the judge would have to consider the reasonableness of the 2 bases on which the Board based its ruling:

The home committed disability discrimination: Addiction to alcohol is a “disability” under the human rights code. And the aide presented enough evidence to show that she was fired because she had that disability.

The home didn’t accommodate her disability: Once the aide had made her “prima facie” case, i.e., threshold showing of discrimination, the burden shifted to the home to prove that it had accommodated the aide to the point of undue hardship and that termination was justified. But the home couldn’t meet that burden. For one thing, the Board said the home’s accommodation procedure was faulty because it didn’t for an individualized assessment of the aide’s needs. And even though it had legitimate safety concerns, it presumed that abstinence or termination were the only options without considering less drastic alternatives that would have let the aide return, such as closer supervision, or at least remain employed, such as medical leave.

Although there are no guarantees, considering the wide discretion afforded by appeals courts and apparent soundness of the decision, there’s an excellent chance that the appeal judge will find the ruling reasonable and uphold it. But we’ll keep you apprised.

Meanwhile, regardless of ultimate outcome, the case makes 4 crucial points about dealing with alcohol and drug addiction that apply not just in Manitoba but all parts of the country:

First and foremost, don’t treat alcohol and drug addiction as a moral failure, criminal act or even purely as a safety issue.  Addiction, unlike casual use, is an illness, one considered a “disability” requiring reasonable accommodations under provincial human rights laws.

The accommodation process must provide for an individualized assessment of a disabled worker’s needs. The home in Northern Regional Health Authority could and should have gotten and relied upon such an assessment, either from the aide’s addiction counsellor or an independent expert. As the Board put it, “how can an employer say it has made all reasonable efforts to accommodate the special needs of an employee without basing those efforts on an individualized assessment of what those needs are?”

A corollary to Lesson 2 is not to base accommodations on personal assumptions or experiences with addictions (or whatever the disability happens to be). This is “precisely the type of information that cannot be relied on as the basis for accommodation,” the Board said. “Each individual is entitled to an accommodation based on an individualized assessment of his or her particular needs.”

Ensuring workplace safety is a compelling interest that may justify adverse treatment of an employee addicted to alcohol. This is especially true when the employee does a safety-sensitive job, like caring for vulnerable residents. But the safety card didn’t work in this case, not because the aide wasn’t a safety threat but because the home couldn’t prove that firing her was the only reasonable way to deal with it.  This lesson will be especially important to keep in mind after cannabis is legalized in July 2018.