Case of the Month: Worker Crushed to Death Due to Own Carelessness, Not Employer OHS Violations 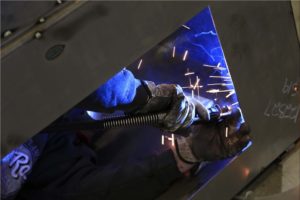 Negligence Actus Reus not Due Diligence
Worker carelessness, recklessness and deliberate disobedience can undermine even the soundest of health and safety measures. So is it fair to hold employers responsible for injuries and illnesses that workers bring onto themselves? A new case from Ontario sheds light on this crucial question.

What Happened: A steel worker was found crushed to death pinned under a half-ton coil of steel. The victim was working alone and there were no eyewitnesses. What was clear, though, is that he had authored his own misfortune by improperly raising the coil car ultimately causing the coil to tip. The company was charged with 3 OHS offences but found guilty of only one: failing to provide the victim proper instruction (under Sec. 25(2)(a) of the Ontario OHS Act). The company appealed.

What the Court Decided:  The Ontario Court of Justice reversed the conviction.

How the Court Justified Its Decision:  While you don’t need a law degree, to make sense of the case, you need to recognize that in an OHS prosecution, the Crown has the burden of proving, beyond a reasonable doubt, the so-called actus reus, i.e., that the defendant did something the law bans or omitted to do something the law requires . When and if the actus reus is proven, the burden shifts to the defendant to prove due diligence on a balance of probabilities.

The court ruled that the Crown didn’t prove the actus reus, in this case, the company’s failure to provide proper instruction. The company didn’t violate any OHS laws, according to the court; the tragedy happened because the victim acted with “extreme negligence” in elevating the car holding the coils in place. And while it wasn’t clear why he did what he did, the company’s failure to instruct him was clearly not the cause:

Overall, the company committed no offences and its safety program was “very thorough, continuous and up to date,” the court found.

Don’t get the wrong idea: Careless behaviour by a worker does NOT excuse an employer’s OHS offence. As the Samuel court itself noted, courts have repeatedly held that allowing employers who commit infractions to evade liability because of worker mistakes, carelessness, recklessness and deliberate acts would undermine the safety purpose of the OHS laws.  The difference in Samuel is that the company did not commit any violations. More precisely, the Crown couldn’t show actus reus.

While it doesn’t bear on actus reus, the issue of worker misconduct is highly relevant to the second part of the prosecution: due diligence. At that point, the question becomes not whether the company violated the OHS law but whether it took all reasonable actions to prevent the violation from occurring. Worker misconduct may be a key factor in this inquiry. 2 key questions:

But remember that none of this matters unless and until the Crown proves actus reus. Thus, having ruled for the company on actus reus, the Samuel court didn’t have to address due diligence.