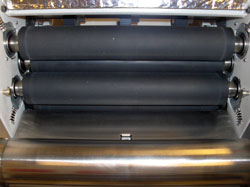 When workers violate a company rule, especially a safety rule, it’s important that you discipline them. But imposing proper discipline can be tricky. If the discipline is too harsh, you run the risk of a grievance and may impact morale in the workplace. If you’re too lax, you send the message that the company doesn’t take safety or compliance with rules very seriously and undermine any due diligence defence the company may try to raise in the future. And having a progressive discipline system doesn’t solve the problem because there may be times when you want to—and should—skip steps in the usual progression. So how do you determine appropriate discipline for a safety infraction? Here’s a look at a case that illustrates some of the factors that courts and arbitrators consider in determining appropriate discipline—factors that you should also consider.

What Happened: At an aluminum plant, a worker bypassed a machine guard by going around a barrier to inspect a machine recoiler when he saw a wrinkle appearing on an aluminum roll. He should’ve lifted the barrier, which would have stopped the machine so he could safely address the issue. The employer, which took safety very seriously and had, in fact, won several safety awards, fired the worker for a serious violation of the plant safety rules. The union filed a grievance on his behalf, arguing that termination was excessive.

What the Arbitrator Decided: An Ontario labour arbitrator agreed that termination was excessive, ruling that a three month suspension without compensation or benefits was more appropriate.

The Arbitrator’s Reasoning: The arbitrator noted that the worker had been trained on the “safety absolute” rules, which expressly state that “machine guarding devices or systems shall not be bypassed.” And he admitted breaking this rule by bypassing the barrier. But the employer had a progressive discipline system in place that started with a verbal warning for first offences. And this worker had no prior safety violations. In concluding that the worker’s conduct justified skipping progressive discipline steps but not termination, the arbitrator considered the following factors:

Deterrence. One purpose of discipline is to deter both the worker who committed the infraction and others in the workplace from committing similar violations in the future. But there didn’t seem to be a compelling need for strong deterrence in this case. The evidence showed that the workers, including the one who was fired, “regarded safety at work as having the utmost importance,” which is reflected in the exemplary safety record of this particular workforce, said the arbitrator. In this context, the worker’s conduct must be considered an isolated incident. Thus, a three month suspension would be a sufficient deterrent.

Nature of the infraction. Employers are generally permitted to impose more severe discipline for violations of safety rules that involve “wilful misconduct.” Here, however, the worker hadn’t repeatedly committed the same safety infraction or acted in “defiance of safety rules,” observed the arbitrator. Rather, his decision to visually check the wrinkle was simply “a matter of bad judgment on this specific occasion.” In addition, although a violation can be considered serious even without a physical injury or actual harm, it should be noted that no one was hurt due to this worker’s conduct.

Worker’s history. The worker had no prior record of safety violations and had seniority in the workplace.

Rehabilitation. An employer may be entitled to fire a worker who can’t be rehabilitated, say, because he won’t admit his error or doesn’t think he did anything wrong. This worker admitted his mistake and testified that he wouldn’t repeat the error. Taken in conjunction with his attitude and record with respect to safety procedures, the arbitrator found the worker to be credible and unlikely to make a similar misjudgment again [United Steelworkers Local 343 v. Novelis Inc.- Kingston (Termination Grievance), [2015] O.L.A.A. No. 6, Jan. 6, 2015].

The Novelis case is noteworthy because it involves a workplace in which both the employer and the workers took safety very seriously. For example, the workforce at the plant in question received special recognition for having gone 10 years without loss of time. And the plant received the President’s Safety and Environment Award. A key element in developing such an admirable safety record is disciplining workers who violate safety rules. But the lesson here is that promoting a strong safety culture must be balanced with treating workers who make mistakes fairly. After all, workers are human and will occasionally violate your rules. So resist the temptation to promote safety by firing every worker who violates a safety rule and instead consider factors such as those mentioned in this case when determining the type of discipline appropriate for such workers. (For more on properly disciplining workers, go to the Discipline and Reprisals Compliance Centre.)