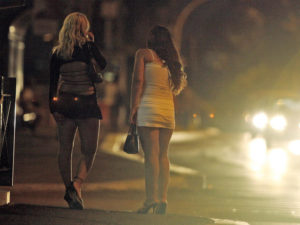 OHS laws apply to a wide variety of workplaces, from manufacturing plants and construction sites to farms and offices. But should the principles that underlie these safety laws also apply to, say, a brothel or street corner where a prostitute performs her job?

The laws on prostitution in Canada are somewhat contradictory. Although prostitution itself, that is, selling sex for money, is legal, many of its related activities, such as running a brothel or living on the profits of prostitution, are illegal.

So several current and former prostitutes (the “applicants”) sued, claiming that three of these laws made the performance of their jobs unsafe.

For example, one applicant who ran an escort service instituted various safety measures, including:

Because of these safety measures, the applicant was convicted of violating one of the prostitution-related laws, fined and incarcerated for 15 months.

Two lower courts in Ontario agreed and struck down three laws limiting prostitution-related activities on workplace safety-related grounds. The government appealed to the Supreme Court of Canada, which recently ruled that these laws violated prostitutes’ Charter right to security.

The three challenged laws, said the Court, all heighten the risks the applicants faced while working in prostitution, which is a legal activity. The laws didn’t just impose conditions on how prostitutes operate—they imposed dangerous conditions on prostitution.

For example, the laws prevented prostitutes from taking reasonable steps to protect themselves from the risks related to this activity, such as violence at the hands of pimps and johns.

In its unanimous decision, the Court also explained that “Parliament has the power to regulate against nuisances, but not at the cost of the health, safety and lives of prostitutes.” That is, the government can regulate the impact of prostitution on the surrounding community but not in a manner that puts prostitutes in danger.

In addition, although the purpose of the ban on the living on the profits of prostitution was intended to target pimps, it also punishes anyone who lives on income from prostitution without distinguishing between those who exploit prostitutes (such as pimps) and those who could increase their safety and security (such as legitimate drivers, managers or bodyguards and even accountants or receptionists).

As a result, prostitutes are essentially forced to work alone, which makes them especially vulnerable. Thus, the Court found that this ban includes some conduct that bears no relation to its purpose of preventing the exploitation of prostitutes and so is overly broad [Canada (Attorney General) v. Bedford, [2013] SCC 72 (CanLII), Dec. 20, 2013].

Does this decision impact most conventional workplaces? No. But it’s interesting to see traditional safety principles being applied in unconventional ways.