Canada and US Agree to Continue Coordinating Implementation of GHS 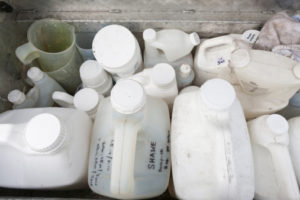 The primary goal of the UN’s Globally Harmonized System (GHS) is to implement a single, understandable approach to classifying chemicals and communicating hazard information on labels and safety data sheets (SDSs) that’s used across the world.

Having a unified approach to hazardous chemicals is especially important between Canada and the US, which are both neighbours and trading partners. That’s why OSHA and Health Canada signed a Memorandum of Understanding in 2013 to promote ongoing collaboration on implementing the GHS in their respective jurisdictions.

Although the Canadian and US versions of GHS are similar, there are some differences.

But OSHA recently announced today that it’ll continue its partnership with Health Canada to align their regulatory approaches to labelling and classification requirements for workplace chemicals through the Regulatory Cooperation Council. The goal of the partnership is to implement a system allowing the use of one label and one SDS that would be acceptable in both countries.