Can Employer Fire Worker for Threatening to Bring a Gun to Work? 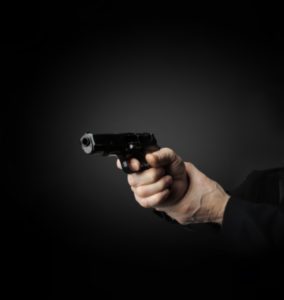 SITUATION
A retail store worker, who’s dating a cop, complains to her department manager about a co-worker’s hours being cut. She threatens to go home and get her boyfriend’s gun if she receives the same treatment. Shaken, the department manager reports the threat to the store manager. During an investigation, the worker denies making the threat. She has worked 20 years for the store but has a history of cursing at managers, disrespect for authority and absenteeism. In prior disciplinary action for her profanity and insubordination, the employer warned her that future incidents could lead to termination. So the employer fires her. She files a grievance. Because the worker is the sole source of support for two children, the union argues the financial hardship caused by termination and her long history with the employer are mitigating factors justifying lesser discipline.

Was the worker’s termination justified?

B. The threat was just cause for termination because the worker lied during the investigation and had a disciplinary record.

Courts and arbitrators consider several factors when evaluating whether a threat is just cause for termination, including what the worker said, how she said it, her intent, how the victim or employer perceived the threat, any history of violence or aggressive behavior and prior discipline.

This hypothetical is based on a real grievance in BC in which an arbitrator ruled that the “preponderance of probabilities” indicated that the worker did make the threat. The arbitrator noted that in today’s climate, any threat to co-workers’ lives is serious. Here, the worker was dating a police officer, who has a gun. So the threat didn’t appear to be idle. And she lied about making it. The worker also had a history of outspoken behavior and disrespect for managers. In addition, she’d been previously warned that future disciplinary issues could lead to her firing. Thus, the employer had a reasonable basis to terminate the worker for threatening to bring a gun to the workplace. (For further discussion of the factors relevant to termination for threats of violence, see “Workplace Violence: Are Workers’ Threats ‘Just Cause’ for Termination?” July 2008, p. 1.)

A is wrong because not every threat of violence is just cause for termination. As noted above, there are several factors that an arbitrator or court weighs in deciding whether making a threat constitutes just cause. For example, if a worker makes a threat but intends no harm and is clearly joking, the threat by itself likely isn’t sufficient cause for termination. Here, the worker didn’t appear to be simply kidding. After all, she was dating a cop and so had access to a gun. Plus, she had a history of disrespect for managers, making her threat to a manager seem less like a joke. (For examples of cases showing when a threat is grounds for termination and when it isn’t, see “Winners & Losers: Are Death Threats Grounds for Immediate Termination?” June 2011, p. 20.)

C is wrong because a worker with a history of disciplinary issues may be terminated for making a threat, even if those prior matters weren’t related to violence, other threats or similar conduct. For example, an arbitrator ruled that termination was justified when a worker who was previously disciplined for failing to follow operating procedures, insubordination and defiance of authority threatened to “fix a couple of guys here” [Chandra v. Sim-Tran (Ontario), Inc., [2012] CanLII 5199 (ON LA), Sept. 14, 2012]. So here, although the worker’s prior discipline was for insubordination, profanity and absenteeism, the employer could still consider that history in determining the appropriate discipline for the threat.

D is wrong because although a worker’s history with the employer and financial hardship can be mitigating factors that arbitrators and courts consider, they’re usually not enough to save a worker who threatens the lives of co-workers. Serious threats may be grounds for termination even for exemplary workers with unblemished records. For example, a worker with a clean disciplinary record of 25 years was justifiably fired, despite severe economic consequences, for threatening to slit a co-worker’s throat while holding scissors [Windsor Regional Hospital v. CAW (Serdena Grievance), [2010] O.L.A.A. No. 261, May 25, 2010]. In this case, the worker’s lengthy employment with the store and financial responsibilities don’t outweigh the serious threat she made to a manager.

Insider Says: For more information on how to handle threats of violence and when you can impose a zero tolerance policy, see “Zero Tolerance of Workplace Violence, Part 1 and Part 2.”