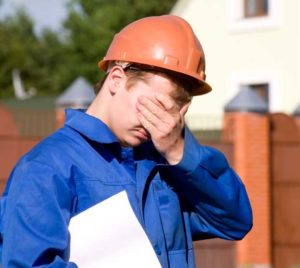 Exhausted workers are a danger to themselves and others. That danger is heightened when tired workers are behind the wheel and on the road.

The hazards of drowsy driving are a serious problem in the transportation industry, where truckers can work very long hours with little sleep while navigating large, dangerous vehicles.

A recent study from Australia suggested one possible solution for fatigue in long-haul truckers—caffeine.

After adjusting for factors including age, health disorders, sleep patterns and symptoms of sleep disorders as well as exposures such as kilometres driven, hours slept, breaks taken and night driving schedules, the researchers calculated the likelihood of a crash associated with the use of substances containing caffeine. Key findings:

Bottom line: The study concluded that consumption of caffeinated substances was associated with a reduced risk of crashing for long distance commercial motor vehicle drivers.

Fatigue Management in the Workplace

Although the researchers agreed that comprehensive strategies for fatigue management should be a priority, they did believe that drinking caffeinated substances could be a useful additional strategy to help truckers maintain alertness while driving.

But when we asked readers if you thought drinking caffeinated beverages should be part of a fatigue management program, 78% said a resounding no. (11% said yes, while another 11% were unsure.)

John H. said, “It is possible to use caffeinated beverages to reduce accidents caused by falling asleep while driving or doing other complex tasks. It is not a great solution but has been effectively used for a short term solution. Drinking caffeinated beverages causes a person to need to urinate more often. It is nearly impossible to fall asleep while an urge to urinate, even mildly, is in effect. It may not resolve the root problem, which is the ultimate better solution, but can assist to ‘manage’ accidents caused by fatigue.”

Tyler T. disagreed: “I think that having coffee available as a nice gesture to workers is fine but it should not be added into a fatigue management plan/policy. Workers should be encouraged to eat a proper diet, get the necessary rest away from work and if fatigue is still a problem during a regular 8 hour shift then perhaps the worker is not the right person for the job.

A worker should come prepared with enough food (fuel) to make it through a shift without a problem. If it’s a case of overtime without sufficient notice for the worker to come to work prepared, then the company should supply the worker with a meal allowance and sufficient time to obtain and consume a meal. If it is a case of fatigue caused by the worker overextending himself/herself with activities outside of work and willfully coming to work in a state of fatigue that places the worker or anyone else at risk, then the worker should be disciplined accordingly.”

Regardless of how you feel about caffeine and its role in keeping workers awake, if fatigue is a safety issue in your workplace, you must take steps to address it. One way is through a fatigue risk management system that includes a Fatigue Management Policy.

You can also give workers information to help them recognize the signs of fatigue or show them this Spot the Safety Violation.

At Safety Smart, you can get a safety talk on Fighting Fatigue in the 24/7 World and a fatality report on a fatigue-related boat sinking. Not a subscriber to Safety Smart? Sign up for a free trial.