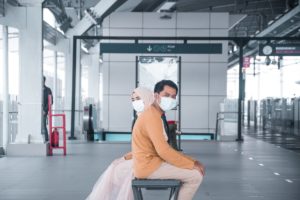 COVID-19 travel restrictions imposed a financial burden on many people. One of them was an Ontario resident who owned a small business in Newfoundland. The owner sued the Newfoundland government for interfering with his use of the property. A similar lawsuit in Nova Scotia failed. But this lawsuit was different. Instead of asking the court to declare the travel ban unconstitutional, the owner sued the Newfoundland government for money damages to cover his business losses; and rather than a regular lawsuit, he filed a class action purporting to represent other business owners similarly affected by the travel ban. But while the legal strategy was novel, the result was the same as in Nova Scotia. The owner’s theory that the COVID travel ban was a “nuisance” interfering with the use of his personal property didn’t hold water, said the Newfoundland court. And even if it did, there was no distinctive class and thus no grounds to bring the suit as a class action [Koehler v. Newfoundland and Labrador, 2021 NLSC 95 (CanLII), June 29, 2021].