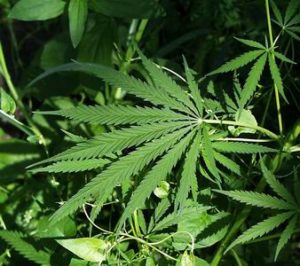 We all know that police officers have a dangerous job. But they may face safety hazards other than shootings, knifings and car chases. And the standard PPE they’re given, such as bulletproof vests, may not provide adequate protection from such hazards.

For example, searching a meth lab exposes cops to a number of safety hazards from inhaling dangerous chemicals to explosions. And, as a constable in England learned, marijuana grow ops can be just as dangerous.

Constables were dismantling a marijuana factory. A supervisor conducted a risk assessment and concluded that the only hazard posed was irritation from contact with the cannabis plants. So he recommended that constables wear latex gloves.

Because the house was poorly ventilated, one constable started feeling nauseated. So she pushed at a window to let in some air, not realizing that all the windows had been sealed shut. She broke the glass, cutting her thumb on the breaking pane.

The constable sued her employer for failing to provide gloves that were thick enough to prevent her injury. The police argued that she’d been given the gloves to uproot cannabis plants, which didn’t require thicker gloves because the plants didn’t have sharp edges.

The trial judge ruled in favour of the constable. The judge found that the Constabulary was in breach of PPE regulations, which say, “Every employer shall ensure that suitable personal protective equipment is provided to his employees who may be exposed to a risk to their health or safety while at work except where and to the extent that such risk has been adequately controlled by other means which are equally or more effective.”

Dismantling a grow op involves more than pulling up plants, noted the judge. For example, there was ductwork that had to be removed, which might expose an officer to sharp edges. And the risk of such injuries wasn’t so slight as to be de minimis or the nature of the possible harm so trivial that it could properly be ignored, concluded the judge.

The employer appealed but lost. The English Court of Appeal ruled that the Constabulary didn’t provide equipment necessary to prevent injuries that might reasonably arise from the range of tasks that the constable could’ve been performing in the course of the dismantling of the grow op [Chief Constable of the Hampshire Police v. Taylor, [2013] EWCA Civ 496 (May 9, 2013)].

The lesson: When conducting hazard assessments, don’t focus so much on the obvious or most common safety hazards workers face that you ignore other, less common—but still reasonably possible and hazardous—risks.