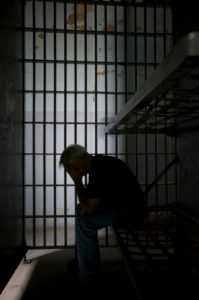 An Ontario company operated under a Ministry approval to transport wastewater generated from the processing of used cooking oil and grease. The company was convicted and fined $120,000 for twice depositing waste oil/grease in a municipal ditch. The court also issued an order requiring the company to pay more than $25,000 in restitution to the city for the costs it incurred in removing the waste oil/grease and contaminated soil. But the company didn’t comply with the restitution order. As a result, the company and its sole officer and director were each convicted of one violation of the Environmental Protection Act. The company was fined $20,000. The court fined the officer and director $5,000 and sentenced him to five days’ jail to be served on weekends [Green Diesel Canada Ltd. and Julian Lothringen].

Environmental inspectors, regulatory agencies and the courts have the power to issue orders compelling companies to take steps to address environmental offences or damage, such as remediating contaminated soil. Complying with these orders may be burdensome and expensive. But failing to comply exposes the company to additional liability. Also, when a company doesn’t comply with an environmental order, its corporate officers and directors or other members of senior management may be held personally liable for such failures—and even be sent to prison.

If an environmental order is issued to your company, you have two basic choices: Comply with the order or challenge it. The company should promptly comply with any orders it thinks are valid. If it believes the order isn’t justified or reasonable, it should appeal or challenge the order in the appropriate forum. But one option the company doesn’t have is simply ignoring the order. In addition to the underlying violations that resulted in the issuance of the order, the failure to comply with an order is itself an environmental violation for which the company can be liable.

Corporate officers and directors and other members of senior management may also be penalized for the company’s failure to comply with environmental orders. In fact, the environmental laws often specifically hold corporate officers responsible if the company fails to  comply with such orders or commits other environmental offences. For example, Sec. 232 of Alberta’s Environmental Protection and Enhancement Act says that when a corporation commits an offence—such as contravening an enforcement or environmental protection order—any officer, director or agent of the corporation who directed, authorized, assented to, acquiesced in or participated in the commission of the offence is guilty of the offence and subject to punishment for that offence.

As individuals, members of senior management may be fined, jailed or both for the failure to comply with an environmental order. Although fines are the typical penalty imposed, jail sentences are becoming more common. So the Green Diesel case isn’t an aberration. In fact, the officer in that case got off fairly easy in terms of the length of his jail sentence. Other senior managers haven’t been so lucky.

Example: Waste material from one site was transported and deposited to another site without the appropriate ministry approval for the transportation of the waste. In addition, the second site wasn’t approved as a waste disposal site. The waste included a mix of construction and demolition debris, and soils that contained very high Polycyclic Aromatic Hydrocarbon content. The responsible company and its sole director were given a chance to remove the material to a proper waste facility but failed to do so. A Director’s Order was issued requiring them to move the waste to an approved facility and have a qualified person conduct confirmatory testing to ensure that all of the waste had been successfully removed. But they didn’t comply with the order. So the company was fined $110,000 and the director was sentenced to four months’ jail [Sinclair’s Landing Inc. and James Sinclair, Govt. News Release, Nov. 27, 2013].

Members of a company’s senior management are ultimately responsible for ensuring that the company complies with environmental law, including any environmental orders issued to it. That being said, managers don’t have to personally carry out such orders themselves. But they should have an appropriate EHS program in place and ensure that supervisors and workers comply with the policies and procedures in that program to prevent environmental violations from occurring in the first place. When such violations do occur and orders are issued to the company, management must decide whether to challenge or comply with those orders. And if the decision is made not to challenge an environmental order, take appropriate steps to ensure that the company does what’s necessary to comply with that order, such as paying restitution, conducting an environmental assessment or cleaning up polluted property. Otherwise, the government may look to penalize not only the company but also senior management.