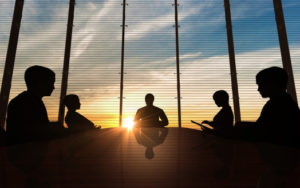 waste management company was charged with violations of Ontario’s Environmental Protection Act (EPA), including transporting waste in unapproved vehicles, failing to take representative samples and storing waste in an unapproved area. The company’s operations manager and president were also charged with environmental offences. The trial court convicted the company of eight violations but acquitted the manager and president of all charges. The Ministry of the Environment (MOE) appealed. But the appeals court ruled that the government didn’t prove that the manager and president either participated in committing the offences or failed to prevent violations that they knew were happening within their areas of control [R v. Lacombe Waste Services].

When an environmental incident or violation occurs, the government usually goes after the company first but may go after its officers, directors and/or members of management as well. The theory is that because these individuals oversee the company’s operations, they should ultimately be responsible for its acts and omissions. But the Lacombe case demonstrates that simply being a member of a corporation’s management or board—by itself—isn’t enough to hold an individual personally liable for the company’s environmental offences.

Officers and directors generally can’t automatically be held personally liable for environmental violations committed by their companies. This protection, in fact, is one of the reasons individuals form corporations in the first place. But they may face such liability for the company’s environmental offences as “principals”—that is, the people who actually committed the act or failed to act when legally required to do so—or parties to the company’s offence, or if the environmental law specifically holds a company’s officers and directors liable for that particular offence.

Whether liability for a company’s environmental offences extends to individuals who are members of management but not officers or directors depends on the language in the environmental law in question. For example, under Sec. 232 of Alberta’s Environmental Protection and Enhancement Act, when a corporation commits an offence, any officer, director or agent of the corporation who directed, authorized, assented to, acquiesced in or participated in the commission of the offence is guilty of the offence. Because members of management would likely be considered agents of the corporation, they could be held personally liable for an environmental violation depending on their involvement in the commission of the offence.

Bottom line: The environmental laws rarely allow officers, directors or members of management to be personally accountable for their companies’ offences unless they were involved in some way in the commission of the violation. (For more on this topic, see “Around the Provinces: The Personal Liability of Officers & Directors for Environmental Violations.”)

In the Lacombe case, the MOE charged the waste company’s president and its operations manager. The MOE basically argued that an officer or director is automatically personally responsible for every offence committed by the corporation, whether they knew about or participated in the commission of the offence. It also argued that members of management who weren’t corporate officers or directors should also be automatically personally liable for any offence that the people they manage committed.

But the appeals court explained that to hold such individuals personally liable under the EPA, the government had to prove beyond a reasonable doubt that these individuals knew of the circumstances of the offence and were either:

The MOE claimed that nothing happened at the waste management company without the knowledge and approval of the operations manager and president. And the appeals court acknowledged that there was some evidence that suggested they knew about the environmental issues or offences. However, the trial court was free to accept or reject that evidence, which it did when it found that this evidence fell short of meeting the government’s burden of proof. So the appeals court concluded that the evidence and facts as found by the trial court supported the finding of reasonable doubt as to the individuals’ liability either as parties to the offences or principals.

It’s clear that members of management, officers and directors can be held personally liable for  the company’s environmental offences under certain circumstances. But the Lacombe decision drives home the important point that just being in a position of power or authority within a company isn’t enough to expose an individual to such liability.