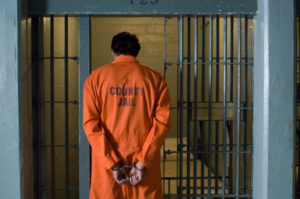 A worker was tossing loose shingles from a roof more than three metres high when he slipped and fell off of it. He was permanently paralyzed from the waist down. At the time, there was no fall protection equipment on site. And the injured worker said he’d never been trained on the use of such equipment. The government charged the contractor and a supervisor with violating the OHS laws. The trial court ruled that the Crown had proven these violations beyond a reasonable doubt. The Crown asked for a jail sentence for the supervisor in part because of her prior record of four environmental violations. The court agreed, sentencing the supervisor to 45 days’ jail [Ontario (Ministry of Labour) v. J.R. Contracting Property Services].

Although prosecutions of individuals for violating the environmental laws are increasing—and often include members of senior management—they’re still relatively rare. And jail sentences for individuals who are convicted of environmental offences are even rarer. However, the courts appear to be increasingly willing to throw such people in prison under the right circumstances. And as the J.T. Contracting case shows, failing to pay fines for prior environmental violations is one factor that could result in a prison sentence.

The courts generally have discretion in deciding the appropriate sentence for a company or individual for an environmental offence. But they’re typically required to consider certain sentencing factors spelled out either in the environmental laws or in prior cases for similar offences. Although these factors may vary somewhat among jurisdictions, there are two factors that are nearly always included:

Prior record. The court will consider a defendant’s prior record of environmental violations as well as violations of other regulatory laws, such as the OHS laws. It’ll look at not only the substance of the prior violations but also the sentences imposed for them. And it’ll consider whether a defendant complied with any related court orders, such as orders to pay fines or perform remediation work. A lengthy record of prior offences or a failure to comply with prior court orders will likely result in a harsher sentence for the offence at hand.

Deterrence. The purpose of a sentence is to deter both the defendant that committed the violation as well as other companies or individuals from committing the same offence in the future. So in some respects, the court’s sentence is intended to send a message as to the consequences of violating environmental laws.

In the J.R. Contracting case, both of the above factors came into play. The prosecution noted that the supervisor had been sentenced to pay fines for her prior environmental violations. She paid only one fine, though, and only after being forced to do so by the court. In fact, at the time of sentencing in this case, her outstanding fines exceeded $50,000. Thus, argued the prosecution, heavy fines clearly weren’t a deterrent to her. In short, because of the supervisor’s prior record and history of rarely complying with court orders, a jail sentence was warranted, said the Crown.

The court explained that although the supervisor’s prior convictions were for environmental offences and not OHS violations, the law still permitted it to consider them when sentencing her for this safety offence, adding that all of the violations related to the supervisor’s business. So for the following reasons, the court found that a 45 day jail sentence was appropriate:

The J.R. Contracting is a good reminder that when a company or individual is convicted of an environmental offence, the defendant’s prior record may have a big impact on its sentence. And that prior record isn’t limited to previous environmental violations—it also includes violations of other regulatory laws as well as violations of related court orders. A court isn’t going to be soft on a defendant who’s shown a disregard for compliance with the law or with orders from other courts, especially given the importance of deterrence. Thus, if the company thumbs its nose at the court and, say, fails to pay a fine imposed for an environmental offence, that failure will have repercussions beyond that specific violation. And if the defendant is an individual, such as a member of senior management, who has a history of environmental or other offences and/or ignoring court orders, he’ll face a heightened risk of getting sent to prison.