BC Court Says OHS Laws Are Too Voluminous & Complicated to Understand 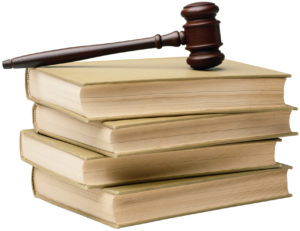 If you check the OHS act and related regulations in any Canadian jurisdiction, you’ll find that they’re often hundreds of pages long. And the OHS regulators may also provide dozens of pages of additional guidance on the OHS laws. The sheer volume of these materials can be overwhelming. But does it mean that the OHS laws are too complicated for employers to comply with or even understand? A BC court recently ruled that it would be nearly impossible for a company to know what it could and couldn’t do under the province’s OHS laws. Here’s a look at that decision and its implications.

What Happened: Over several years, WorkSafeBC penalized an asbestos abatement company, its owner and his son for violations of the Workers’ Compensation Act (Act) and related OHS Regulation (Regulation). The defendants incurred penalties of more than $200,000 for such violations, which they didn’t pay. The defendants were also issued an order barring them from violating the OHS laws as to the asbestos requirements. When they violated this order by, among other things, failing to identify all potential sources of asbestos in building surveys, not safely isolating debris containing asbestos and failing to post signs indicating that asbestos work was in progress, WorkSafeBC asked the court to hold them in contempt.

What the Court Decided: The BC Supreme Court refused to hold the defendants in contempt.

The Court’s Reasoning: The court explained that to support a finding of contempt, an order must be sufficiently clear, unambiguous and not overly broad. It said, “A respondent must be able to clearly know just what it is that he or she must do or not do.” In this case, the court concluded that it was “a practical impossibility” for the defendants “to know with any clarity what it is they are to refrain from doing.” Simply requiring them to comply with the OHS laws, without more, is an overly-broad directive for supporting a finding of contempt. The Act is voluminous and complex, particularly for people who aren’t lawyers, observed the court. For example, the Act contains 260 sections and five schedules. The Regulation “is equally or more daunting to the untrained eye,” especially when you include the related policies, guidelines and standards. And the defendants would obviously have to cross-reference the Act and the Regulation as their guide for determining whether their conduct was contemptuous. But given the size and generality of the OHS laws, the court concluded that it would be impossible for the defendants, when they went to work each day, to know whether their work put them outside of the Act or Regulation and thus in contempt. So the court refused to find the defendants in contempt [Workers’ Compensation Board v. Skylite Building Maintenance Ltd., [2016] BCSC 394 (CanLII), Feb. 26, 2016].

The court in Skylite compared a review of the BC OHS laws to a review of the Income Tax Act. And it may have a point—the OHS laws are typically voluminous. But they have to be to address the wide range of safety hazards and issues raised in various types of workplaces. However, it’s troubling that the court refused to find the defendants in contempt because compliance with the order “requires a comprehensive knowledge of the entire Act and Regulation” on their part. Is the court actually saying that it’s too much to expect employers to be familiar with the OHS laws? After all, traditionally, ignorance of the law is not a defence. WorkSafeBC has already filed a notice of its intent to appeal this decision. So we’ll have to wait and see if an appeals court agrees with this court’s analysis and conclusions. If the decision is upheld, it could have wide-reaching implications on the enforcement of the OHS laws in BC—and possibly even in other jurisdictions.