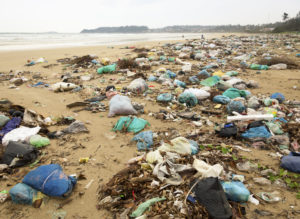 Canadian environmental law is premised on the so-called “polluter pays” principle, which says that polluters should be responsible for the costs related to the pollution they cause, including the costs of remediating it. Many decisions in environmental cases cite and rely on this principle. For example, an appeals court in BC recently upheld the application of the polluter pays principle against a historic polluter and a lower court’s decision that held the company liable for more than $4 million in remediation costs.

What Happened: A company bought an island and then spent about two years and $5.3 million cleaning up parts of it that had been used for industrial purposes and contaminated with lead, mercury and other pollutants. The island’s owner then sued a company that had operated an explosives manufacturing and storage facility on the island for reimbursement of the remediation costs. The owner claimed that because the company’s operations were responsible for the contamination, under BC’s Environmental Management Act (EMA), it was a “responsible person” liable for reasonably incurred remediation costs. The BC trial court agreed and ordered the company to pay the owner $4,750,000. The company appealed.

What the Appeals Court Decided: The BC Court of Appeals upheld the trial court’s rulings.

The Appeals Court’s Reasoning: The trial court had explained that the EMA was intended “to ensure that the person who pollutes the land pays for the cost of its restoration.” And because the “polluter pays” principle imposes absolute liability on any person who causes a site to be contaminated, it was “fair and just” to require the company to reimburse the owner for reasonably incurred remediation costs in the amount of $4,750,000. The company argued on appeal that the trial court should have adopted a “developer pays” principle, in which a developer such as the island’s current owner must pay the costs of additional remediation of historical pollution under certain circumstances. According to the company, the “developer pays” principle qualifies or, in the right circumstances, displaces the polluter pays principle.

But the Court of Appeals rejected this approach to the allocation of liability for remediation costs, noting that the section of the EMA that the company cited in its argument applied solely to the determination of whether a party was liable, not how liability is allocated. And as to the company’s claims of “unfairness,” the Court said that to the extent that the environmental laws had, at one time, an intention to “grandfather” historic polluters, the intention was to exempt from liability historic polluters who had remediated a contaminated site to the standards then set by regulation. Such polluters were given an opportunity to obtain a certificate of compliance. But this company didn’t qualify for a certificate of compliance because its remediation of the contamination it caused didn’t meet the relevant regulated standard, said the Court [J.I. Properties Inc. v. PPG Architectural Coatings Canada Ltd., [2015] BCCA 472, Nov. 20, 2015].

Once again, a Canadian court has reinforced the importance of the polluter pays principle in environmental cases and law. The importance of this principle can have far-reaching consequences. The lesson from J.I. Properties is that you should first try to avoid polluting the environment. If you do so despite your best efforts, you should remediate that pollution to the standards required by environmental law at that time and then, if available under your jurisdiction’s environmental regime, seek a certificate of compliance or the equivalent. Performing compliant remediation (and having proof you did so) will likely serve to protect you from future liability as a “historic” polluter of the property.