Ask The Expert: Why Failing a Drug Test Isn’t Necessarily Grounds for Discipline but Cheating on One Is 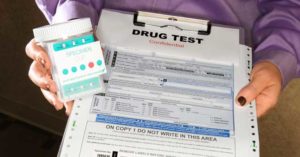 You recently wrote about a case Gilbert and D & D Energy Services Ltd., Re, 2017 CarswellNat 2499 (Can. Lab. Code Adj.)] about a worker who took an alcohol & drug test that showed marijuana use but did not show impairment at the time of the incident but still got legally fired because she cheated on the test by substituting her urine sample. What if she hadn’t done that. I think there’s a growing concern for companies with the impending legalization of marijuana about what is the appropriate testing method to show impairment at the time of the incident?

Great question! The answer is that if she hadn’t cheated, she probably wouldn’t and couldn’t have been fired.

Smoking pot isn’t necessarily grounds for discipline. What makes discipline appropriate is using it or being impaired AT WORK. The problem with marijuana testing is that, unlike with alcohol, a positive test result doesn’t necessarily show impairment at work. Marijuana stays in the system and can be detected long after the high wears off. The employer in Gilbert was able to get around this problem because the worker gave her an alternative ground for discipline–cheating on the test.

And, yes, this is a huge concern for employers. The key is to have a legally sound testing policy. Although RANDOM drug testing is extremely difficult to justify–especially in Alberta given the recent Suncor ruling–for-cause/post-incident testing is much more defensible, especially for safety-sensitive employees.

My recommendation: Look at our recent article about the 12 things to put in your alcohol & drug testing policy and make sure your own policy measures up. You can also use our Model Testing Policy to create or amend your own policy.

Unfortunately, there is currently no test capable of precisely detecting current impairment for marijuana. The diagnostic community is working furiously to come up with something–after all, whoever invents the perfect test is going to get real rich–but nothing is imminent. At least that’s what I was told by a HealthCanada scientific expert during a recent webinar. In the meantime, there are 2 basic testing methods:

So let’s hope they come up with a reliable, relatively non-intrusive test for current marijuana impairment real soon. . .