Ask The Expert: Industry-Specific Injury Rate Data for All of Canada 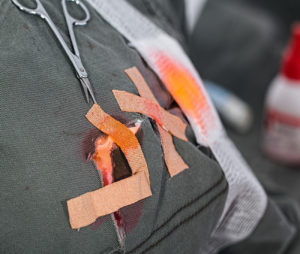 What’s the total frequency rate for injuries (not fatalities) in Canada for the Transportation/Storage classification?

According to the Assoc. of Workers’ Compensation Boards of Canada (AWCB), of the 240,682 lost-time injury claims across Canada in 2016, 15,671 came from Transportation & Storage. Although the AWCB lists total injuries by provinces and across Canada, it doesn’t provide nationwide injury rates per 100 workers the way its US counterpart, the Bureau of Labor Statistics does. And while individual workers’ comp boards provide injury rates for their province, they don’t generally give rates by industry.

Theoretically, you could use the AWCB nationwide Transportation/Storage injury totals to calculate the national injury rate if you knew how many workers there were in that sector in 2016. Unfortunately, the AWCB report doesn’t provide that information.

One more problem is that the most recent AWCB data is from 2016 and the AWCB can’t update it unless and until all of the different workers’ comp boards publish their 2017 Annual Reports.