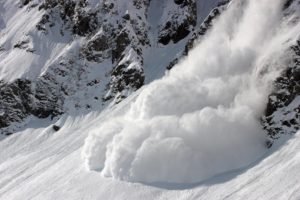 Workers who work outdoors, especially out in the wilderness, are vulnerable to a wide range of unique safety hazards, from bear attacks to avalanches.

For example, WorkSafeBC recently reminded BC employers that workers whose jobs take them into the backcountry are at potential risk of serious injury or death in avalanche hazard zones and need to be diligent about understanding how those risks can be identified and mitigated.

In particular, workers in the primary resource and construction industries face risks:

In fact, since 1998, avalanches in BC have caused three worker deaths and 47 accepted time-loss injury claims. Although BC is the site of most Canadian avalanches, they can also occur in neighbouring jurisdictions, such as Alberta and the Yukon.