Are Employers Liable to Visitors Who Suffer Injuries on the Property? – Quiz 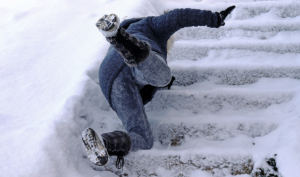 The reason workers who suffer injuries at work don’t sue their employers for negligence is workers comp. The rule: Workers are guaranteed benefits for their work-related injuries regardless of whether those injuries were the result of their employers’ negligence. But the workers comp bar applies only to workers. Visitors and other third parties who get hurt on an employer’s property can bring lawsuits for money damages under so-called occupiers liability laws. However, limits apply, as illustrated by the following scenario.

Lightning strikes a light pole near a soccer field owned by the Ontario Town of Whitby, damaging the wires inside the pole and causing electricity to leak into the ground. While aware of the lightning strike, the Town doesn’t detect the leak. Later, an 18-year-old girl sitting on the grass beside the pole after playing soccer puts her hand on the grass to get up. The current surges through her and she’s electrocuted, suffering serious, but thankfully not fatal injuries. The parents sue the Town under the Ontario Occupiers’ Liability Act (OLA), which requires owners to make their property “reasonably safe” for and use “reasonable care” to protect visitors from “foreseeable harm.”

Do the parents have a valid OLA claim against the Town?

This scenario, which is based on a 2020 case from Ontario’s Court of Appeal, the highest in the province, illustrates an important point occupiers’ liability in not only Ontario but all parts of the country: The OLA isn’t an absolute guarantee of safety. As with due diligence, the OLA standard for occupiers isn’t perfection but reasonableness based on hazards that could have been reasonably foreseen under the circumstances.

The Court of Appeal concluded that the ruling was reasonable and refused to overturn it. And the Canadian Supreme Court refused the appeal, leaving the case to stand [Onley v. Whitby (Town), 2020 ONCA 774 (CanLII), December 8, 2020].

C is wrong because occupiers liability laws do, in fact, apply to public land and landowners. However, the liability of municipalities and governments is often more restricted as compared to liability for private owners.

D is wrong because determination of reasonably foreseeable is based on what’s known and should reasonably have been known at the time and not on the basis of hindsight.