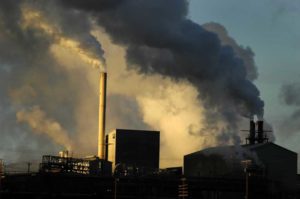 In Nov. 2015, Alberta announced a Climate Leadership Plan, outlining the transition from a facility-based emissions approach to a product-specific (output-based) emissions approach that it plans to put in place in 2018. Under the new approach, regulated facilities will be able to use Emissions Performance Credits and Emission Offsets to comply with emissions limits.

But on March 3, 2017, the province’s Climate Change Office released a policy decision on the implementation of the output-based allocation system in 2018. This decision includes a limit on how facilities may use compliance credits.

The decision states that there has been “significant compliance market volatility” as demonstrated by large swings between the use of compliance credits and payments into the Climate Change and Emissions Management Fund. In addition, since 2012, there has been a significant increase in the accumulation or banking of compliance credits in the system. The Office claims that this volatility is impacting the government’s ability to implement meaningful long-term programming through the Fund.

To mitigate this volatility, the government is moving forward with the following measures that will take effect along with the output-based allocation system in 2018:

The policy decision also notes that all banked credits will retain their full value (one tonne/credit) as the province transitions to a new regulation. It adds that the impact of these policy decisions will be considered in the development of the output-based allocation system.

You can submit any comments on this new limit or any other aspect of the proposed output-based allocation system until March 31, 2017.

Want access to all the Canadian safety compliance resources that the OHS Insider has to offer, including resources on environmental compliance topics such as emissions regulations and GHG reporting requirements, and much more? Sign up for a free trial membership now! [/box]