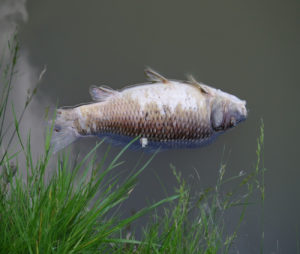 The Crown charged a carrot farm with a Fisheries Act violation after rain containing pesticides from its field ran off into the North River and killed fish. The trial court found the farm not guilty because it took all reasonable efforts to prevent the discharge and thus exercised due diligence. But the Crown won the next round when the Summary Conviction Appeal Court said the trial judge botched the case and ordered a new trial. Now it was the farm’s turn to appeal—but to no avail. The SCA Court’s finding that the trial court had engaged in speculation and not adequately considered the Crown’s evidence counteracting the farm’s due diligence defence, while not necessarily right, was certainly reasonable, according to the Court of Appeal. And that was enough to uphold the SCA Court ruling that a new trial was necessary [R. v Brookfield Gardens Inc., 2018 PECA 2 (CanLII), Feb. 2, 2018].