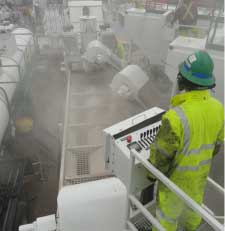 When private property is harmed or becomes contaminated from a spill or other environmental incident, the owners may very well sue the company responsible for the incident and resulting damage. But a property owner in Alberta took things one step further—she sued not only the company she claimed harmed her property but also the province itself and a regulatory agency that oversaw the company’s activities. Here’s a look at this recent decision on some of those claims.

What Happened: The owner of property near Rosebud, AB sued EnCana Corporation, the province of Alberta and the Energy Resources Conservation Board. She claimed that the company’s construction, drilling, hydraulic fracturing (“fracking”) and related activities had damaged her fresh water supply. She also claimed that the province violated its duty to protect her water supply by failing to adequately respond to her complaints about the fracking. Lastly, she charged the Board, which had regulatory jurisdiction over EnCana’s activities, with the “negligent administration of regulatory regime” as to her claims against the company. The Board asked the case management judge to dismiss the claims against it, which the judge did. So the property owner appealed.

What the Court Decided: The Alberta Court of Appeal upheld the dismissal of the claims against the Board.

The Court’s Reasoning: The case management judge had found that the proposed negligence claim against the Board was unsupportable under the law, using a three-part analysis established by the Supreme Court of Canada relating to foreseeability, proximity and policy considerations. And the appeals court agreed. It explained that regulatory duties are generally owed to the public—not an individual. So the court concluded that the Board didn’t owe a private law duty of care to protect individuals, such as this property owner.

In any event, even if there was a private law duty of care, negligence lawsuits against the Board were barred by the immunity clause of Sec. 43 of the Energy Resources Conservation Act. The court rejected the property owner’s argument that Sec. 43 only barred lawsuits based on negligent acts, not negligent omissions, which was the basis for her claims. It noted that the property owner argued that the Board didn’t respond “reasonably” to EnCana’s activities and failed to conduct a “reasonable investigation.” These accusations can be read as alleging either a wrongful act or an omission, concluded the court [Ernst v. Alberta (Energy Resources Conservation Board), [2014] ABCA 285 (CanLII), Sept. 15, 2014].

At the heart of the Ernst decision is the public policy concern that regulatory bodies not be deterred from performing their duties and acting in the best interests of the general public by the fear of being sued by individual citizens who disagree with or claim to be harmed by their decisions. As the court explained, recognizing “any such private duty would distract the Board from its general duty to protect the public, as well as its duty to deal fairly with participants in the regulated industry.” The court added that without such a rule, regulators would essentially become the “insurers of last resort for everything that happens in a regulated industry.” Bottom line: Private lawsuits against government regulators for environmental harm caused by regulated companies will rarely succeed.