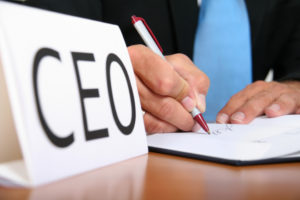 What Happened: Two workers were steam cleaning an oil tank when it exploded. One worker was killed; the other was seriously injured. The injured worker sued the directors of the company that operated the shop where the incident occurred, claiming negligence. Specifically, the worker claimed the directors failed to, among other things, implement safety measures required by the OHS laws and meet the standard and fulfill the duties of a director as required by the Business Corporations Act. The directors asked the court to dismiss the lawsuit, arguing that they owed no duty to the worker and so couldn’t be negligent. They claimed they were directors and shareholders in name only, and didn’t know anything or do anything with respect to running the company. The court refused to dismiss the lawsuit, relying largely on the decision in Epton [Bower v. Evans, [2016] ABQB 286 (CanLII), May 19, 2016]. So the directors appealed.

What the Court Decided: The Court of Queen’s Bench of Alberta dismissed the lawsuit.

The Court’s Reasoning: The appeals court noted that the lower court had relied heavily on the Epton case, in which a director was found personally liable for a workplace fatality. But in that case, the director was directly involved in the incident that led to the fatality (the attempt to lift a beam). Thus, Epton does not stand for the proposition that a director who fails to carry out the duties of a director—or is negligent in doing so—is automatically personally liable. Instead, said the appeals court, “there must be something more, sufficient to establish independent tortious liability.”

Although these directors may have been negligent in their corporate capacities, such neglect wasn’t sufficient to create independent tortious liability, concluded the appeals court. It also found that there was no causal link between their alleged negligence as directors and the injury suffered by the worker. Moreover, there was no evidence that they were acting in a personal capacity or that what they did (or didn’t do) in their personal capacities was a material cause of the worker’s injuries [Bower v. Evans, [2016] ABQB 717 (CanLII), Dec. 19, 2016].

Directors have a general duty to take steps to ensure the company’s compliance with the OHS laws. So it would seem logical that a director’s negligence in failing to fulfil that duty could expose a director to personal liability if a worker was subsequently injured or killed. But the court in Bower concluded that “something more” was needed than just corporate negligence. It’s not clear whether that “something more” is a director’s personal involvement in the incident that resulted in the injury or fatality (such as in Epton) or personal knowledge of certain circumstances that led to the incident, such as awareness that a machine guard was missing from a piece of equipment in which a worker got entangled. Nonetheless, the best way for directors to avoid personal liability in any circumstances is to prevent safety incidents from occurring in the first place by implementing and ensuring the effectiveness of the company’s OHS program. (Note that each jurisdiction applies its workers’ comp ban on injured workers’ bringing lawsuits for damages against their employers or co-workers differently when it comes to shielding officers and directors from such lawsuits. For example, in some jurisdictions, the statutory bar specifically covers a corporation’s executive officers or directors and so a case such as Bower would never be brought in those jurisdictions.)

Want access to all the Canadian safety compliance resources that the OHS Insider has to offer, such as additional information on the possible liability of officers and directors, and much more? Sign up for a free trial membership now! [/box]