A System for Ensuring Compliance Is Required for Due Diligence, Says Ontario Court 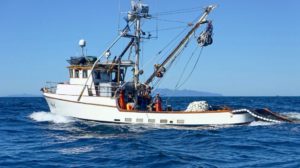 Due diligence is a defence to several kinds of so-called regulatory offences, including violations of both the OHS and environmental laws. But what reasonable steps an employer must take to prove due diligence isn’t always easy to determine. In fact, even the courts can disagree on what constitutes due diligence. For example, an appeals court in Ontario recently overturned a commercial fishing company’s acquittals on environmental violations, ruling that the company had not exercised due diligence despite the trial court’s conclusion otherwise. Here’s a look at that decision.

What Happened: A company’s licences authorized it to engage in commercial fishing in particular zones on Lake Erie. The licences required the company to submit complete and accurate Daily Catch Reports (DCRs), which were signed by the vessel’s captain. Based on warrants, the Ministry installed a tracking device on a company vessel and later searched the ship while it was at dock. Officers seized three logbooks written by the ship’s captain. A review of the logbooks revealed deficiencies when the logbook entries were compared to the DCRs. And based on information from the tracking device, the Ministry determined that several of the DCRs submitted by the captain contained false and misleading information. As a result, the company was charged with violating provincial and federal fishing laws and regulations. The trial court acquitted the company, so the Crown appealed.

What the Court Decided: The Ontario Superior Court of Justice overturned the acquittals and convicted the company, ruling that it hadn’t exercised due diligence.

The Court’s Reasoning: The appeals court explained that the due diligence defence requires a company to prove that it had in place a proper system to ensure compliance with the terms and conditions of its licences and that it took all reasonable steps to ensure the system operated properly. The trial judge erred by failing to consider what a proper system would consist of and what system the company could’ve reasonably put in place to ensure compliance with its licences, concluded the appeals court. In fact, there was no evidence that the company had any system in place to address compliance with the requirement for accuracy and completeness of records. One of the company’s directors met each year with the captain to review the terms of the licences and then merely asked the captain whether he was complying and accepted his positive responses without question. In short, the director and company “did little or nothing to ensure accurate and complete records were being kept,” said the appeals court. The director simply left compliance entirely to the captain’s “good judgment,” although he knew the captain had a lengthy history of non-compliance, including violations for misreporting in DCRs. And there was no evidence that the director stressed to the captain that there would be serious consequences if he failed to comply with the terms of the licences.

The trial court had concluded that there was little or nothing more the company could’ve done but “provide a sharp pencil, log book and DCR book.” But the appeals court said “that sets the bar far too low” and applies an incorrect standard to the company’s conduct. At a minimum, a proper system would entail the following steps:

The appeals court concluded that there’s no question that the owner of a vessel must, to a large degree, trust the vessel’s captain. But that trust can’t be blind. There must be a system of oversight by which the vessel’s owner can reasonably ascertain that the terms of its license are being met [R. v. Pisces Fishery Inc., [2016] ONSC 618 (CanLII), Jan. 26, 2016].

The trial court in Pisces Fishery ruled that the company had exercised due diligence, while the appeals court disagreed. But a review of cases on due diligence supports the appeals court’s position that due diligence requires having a system in place to ensure compliance with the applicable laws and taking steps to ensure that this system is effective. In fact, in the Sault Ste. Marie case that established the due diligence defence, the Supreme Court of Canada said that having a “proper system to prevent commission of the offence” is a key factor in proving due diligence. Bottom line: If not specifically required by law, it’s certainly a best practice to implement some form of an EHS program or system that contains policies and procedures designed to ensure compliance with the OHS and environmental laws.