RETURN TO WORK: The 7 Principles for Successful RTW 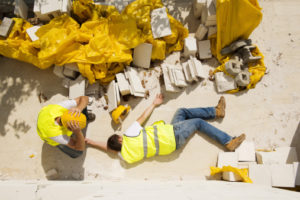 After workers have suffered an injury or illness, employers have a duty to help them return to work (RTW) and eventually to the jobs they held before they got hurt or sick. But successful RTW can be hard to achieve. That’s why researchers at the Institute for Work & Health  (IWH) conducted a systematic review of the RTW studies published since 1990 to compile a comprehensive summary of the most effective workplace-based RTW interventions. As a result of this review, the IWH identified several elements contributing to a successful RTW. Here’s a look at the seven principles the IWH researchers developed based on those elements.

Insider Says: For information on an employer’s general RTW duties, see How to Comply with Return to Work Requirements.

The IWH review focused on duration and costs of work disability, and worker’s quality of life. Overall, the review found that workplace-based RTW interventions have positive impacts on duration and costs but only weak evidence they had a positive impact on workers’ quality of life. Based on the findings of this review (and other research that was current in the years after the review), the IWH developed these seven principles for successful RTW:

[box]1. The workplace has a strong commitment to health and safety, which is demonstrated by the behaviours of the workplace parties.[/box]

As the old saying goes, “Actions speak louder than words.” Research evidence has shown that it’s behaviours in the workplace that are associated with good RTW outcomes, including:

[box]2. The employer makes an offer of modified work to injured/ill workers so they can return early and safely to work activities suitable to their abilities.[/box]

A key employer duty in terms of RTW is accommodating returning workers based on any restrictions imposed by the injury or illness, such as limits on how much they can lift or how long they can stand. But arranging appropriate accommodations requires many considerations because inappropriate or awkward modifications can contribute to the breakdown of the RTW process. Ideally, you should strive to return a worker to his own work area where the environment, people and practices are familiar. In some cases, such as when RTW planners are having difficulty creating an appropriate modified job, the IWH review suggests that it may be helpful to employ the services of someone with ergonomics expertise.

RTW planning is more than matching the injured worker’s physical restrictions to a job accommodation. Planning must acknowledge RTW as a “socially fragile process” where co-workers and supervisors may be thrust into new relationships and routines, found the researchers. If others are disadvantaged by the RTW plan, it can lead to resentment towards the  returning worker, rather than cooperation with the RTW process.

For example, the injured worker may have to deal with co-workers who resent having to take over some of his work and so feel that the worker has managed to get an “easier” job. And supervisors may be required to fulfill production quotas despite accommodating a returning worker and may not have the work that such accommodation requires fully acknowledged. Workplaces that create individual RTW plans that anticipate and avoid these pitfalls will probably have better outcomes.

Insider Says: For more on the importance of co-workers, see RETURN TO WORK: The Role of Co-Workers in a Successful RTW Program.

[box]4. Supervisors are trained in work disability prevention and included in RTW planning.[/box]

The IWH review identified supervisors as important to the success of RTW due to their proximity to the worker and their ability to manage the immediate RTW work environment. Educating managers and supervisors in areas such as safety training or participatory ergonomics was also found to contribute to successful RTW. Discussions with workers and supervisors who participated in interactive workshops at an OHS conference reinforced that, when supervisors are completely left out of the RTW planning process, they feel ill equipped to accommodate returning workers. One study reported positive results from a program in which supervisors were given ergonomics and safety training, and taught how to be positive and empathetic in early contact with workers, as well as how to arrange accommodations, follow up and solve problems on a regular basis.

Early contact is a core component of most disability management programs and thus associated with better RTW results. Contact within the first week or two is only a guideline as the actual time-frame may vary depending on the worker’s specific situation. Ideally, the worker’s immediate supervisor should make the contact because it helps him feel connected to his workplace and colleagues. This conversation should show that the employer cares about the worker’s well-being and not involve issues such as discussing injury causation or blame. Also, if the worker feels that the contact is a reflection of the employer’s concern about finances—and not his health—it can poison the RTW process. Lastly, the worker’s general perception of the workplace and its concern for workers will influence how he responds to employer contact. Bottom line: Early contact is most successful when it builds on a work environment characterized by a shared sense of goodwill and confidence. (Use this Return to Work Contact Log to document these conversations.)

[box]6. Someone has the responsibility to coordinate RTW.[/box]

Studies covered in the review described successful RTW programs as involving a RTW coordinator whose responsibility it was to coordinate the RTW process. The coordination role may be performed by someone within the company or someone external. In either case, this coordination role involves:

[box]7. Employers and healthcare providers communicate with each other about the workplace demands, as needed, and with the worker’s consent.[/box]

The IWH review found that contact between workplaces and healthcare providers reduced work disability duration. Depending on the circumstances, the healthcare providers involved might include physicians, chiropractors, ergonomists, kinesiologists, occupational therapists, physiotherapists and nurses. These provides can play a significant role in the RTW process because the injured worker is often looking to his health provider(s) for information about his condition and for RTW advice. Thus, the more these players understand the worker’s job and the workplace’s ability to provide accommodation, the better able they are to advise the worker and participate in informed RTW decision making.

In straightforward situations, such as where the worker’s return is uncomplicated, contact may not be necessary; in other cases, it should happen. But you must get permission from the worker for this contact to proceed. The degree and nature of the contact between the workplace and healthcare providers can vary depending on individual circumstances, including:

In some cases, a healthcare provider may be involved in delivering a fully integrated clinical and occupational approach to RTW, including medical assessment, follow up and monitoring, plus jobsite evaluations and ergonomic interventions. Employers who have difficulty contacting physicians or feel that physicians delay RTW may end up second-guessing the worker’s doctor when making judgments about the worker’s recovery and ability to RTW. So family physicians who don’t have time to consult with the workplace or make a workplace visit may benefit from having other rehabilitation and occupational health professionals act as a “bridge” between the workplace and healthcare system, such as by providing the physician with succinct and essential information about the worker’s job and workplace to assist with RTW planning.
Insider Source

1. The workplace has a strong commitment to health and safety, which is demonstrated by the behaviours of the workplace parties.

2. The employer makes an offer of modified work (also known as work accommodation) to injured/ill workers so they can return early and safely to work activities suitable to their abilities.

3. RTW planners ensure that the plan supports the returning worker without disadvantaging co-workers and supervisors.

4. Supervisors are trained in work disability prevention and included in RTW planning.

5. The employer makes early and considerate contact with injured/ill workers.

6. Someone has the responsibility to coordinate RTW.

7. Employers and healthcare providers communicate with each other about the workplace demands, as needed, and with the worker’s consent.[/box]