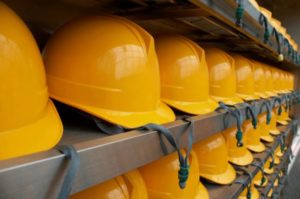 After a worker was repeatedly reminded to wear his hardhat and verbally warned of the possible consequences of his continued failure to do so, a manufacturer finally fired him for these safety infractions. The union argued that the worker should’ve been suspended before being terminated. The arbitrator noted that the manufacturer had a progressive discipline process. It skipped the suspension step because of the worker’s “stupid and pigheaded” attitude toward the hardhat rule. But there was no evidence that suspending him would’ve been pointless or ineffective. Rather, it might have given him the chance to change his conduct. So the arbitrator substituted a five day suspension for his termination [OEM Remanufacturing v. Christian Labour Association of Canada, [2014] CanLII 228 (AB GAA), Jan. 6, 2014].