$120,000 Fine Imposed for Worker’s Burns & Failing to Comply with Order 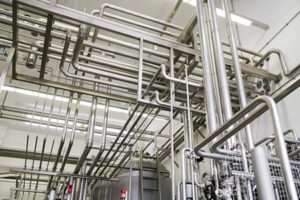 A worker at a dairy manufacturer’s facility was sanitizing a pipe system by running heated water through the pipes. After he hooked up the pipes and turned on the system used to clean them, he noticed that not all the pipes were getting hot. So he shut the system off and dissembled two connecting elbows. A third elbow flew off and leaked hot water on him, causing first and second degree burns. The MOL found that the pipe system didn’t have its direction of flow positively identified. In fact, the company had failed to comply with an inspector’s order requiring it to identify the direction of flow. The manufacturer pleaded guilty to failing to ensure the direction of flow was positively identified on the pipe system and to comply with an inspector’s order. The court fined it $120,000 [Parmalat Canada Inc., Govt. News Release, Jan. 23, 2013].