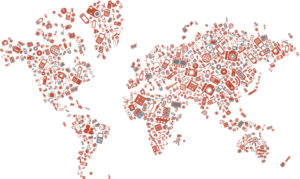 Protecting your workers here in Canada can be enough of a challenge. But what if your company sends its workers to other countries—does the obligation to ensure their safety on the job travel with them?

Two OHS lawyers address that issue and provide 10 tips in the piece below, which was reprinted with permission from Workplace Wire.

Far from Home, Not from Risk—OHS Laws and Canadian Workers Abroad

Just a few weeks ago, Islamic terrorists stormed a natural gas plant staffed by hundreds of Algerian workers and a number of foreign workers. The Algerian military intervened, bringing an end to the crisis, but in its aftermath workers from the United States, Britain, France, Japan, Romania and other countries were counted among the deceased.[1] Accounts from survivors revealed that that the terrorists had specifically targeted foreign workers for kidnapping.[2]

Following this tragedy it is worth pondering whether Canadian occupational health and safety (OHS) laws apply to Canadian employers who employ Canadian workers outside of Canada, and what measures employers can take to protect such workers. These questions are particularly timely in an era of increased globalization and mobility of workers.

To best understand the legal context it is important to note that there is a general presumption against the extra-territorial application of Canadian labour and employment legislation. That said, courts and adjudicators have held that this presumption can be rebutted if there is express language in a statute that illustrates an intention to address matters outside of Canada. While it is limited, there is some authority to suggest that Canadian legislation can have extra-territorial application.

The first such example involves cases that have considered the Canada Labour Code (CLC). The CLC sets out the labour, employment and health and safety laws that govern federally-regulated employers, such as those who are in the business of shipping, air transportation, banking, railways or other transportation extending beyond the limits of a province.

Decisions of the Canada Industrial Relations Board (CIRB) have noted that a common characteristic of these activities is that they frequently extend beyond Canadian territorial limits. As a result, the CIRB has opined that Parliament could not have intended that the CLC’s operation ceases at Canada’s territorial limits.[3] In one case, the CIRB employed this rationale to permit a trade union to have access to employees working on the employer’s offshore oilrigs and vessels.[4] In a another case, the Board considered a union’s request that a collective agreement apply to its employees working in Saudi Arabia and found that it had jurisdiction, in appropriate cases, to certify a bargaining unit that included employees performing work outside of Canada.[5] In a third case, the CIRB confirmed that it had jurisdiction to include non-resident foreign correspondents in a bargaining unit of journalists employed by the Canadian Broadcasting Corporation.[6]

While none of these cases directly considered the CLC’s OHS provisions, it is conceivable that these provisions could also have extra-territorial application in the right circumstances.

A second example of legislation that can have extra-territorial application is workers’ compensation legislation, which exists in every Canadian province. On occasion, adjudicators interpreting this legislation have had to consider its application to injuries that have been sustained outside of Canada. For example, in 2005, the Ontario Workplace and Insurance Appeals Tribunal (WSIAT) upheld a worker’s entitlement to benefits for workplace injuries he had sustained in the course of his employment as a truck driver for a Canadian aid organization while working in Albania.[7] In this case, the WSIAT found there was “sufficient connection” to Ontario in order to establish that the worker’s usual place of employment was in Ontario so as to bring him within the purview of Ontario’s workers’ compensation regime. The WSIAT relied on a number of factors in coming to this decision, including that the worker was hired in Ottawa, attended training in Ottawa at the beginning and end of his mission, and the locus of control while he was overseas was jointly shared by the Canadian organization in Ontario and an international organization in Geneva.

The examples set out above are not meant to be exhaustive, but rather are intended to illustrate that when employers send their workers outside of Canada, their legal obligations do not necessarily stop at the Canadian border. As a result, in order to best protect workers – in particular, in relation to health and safety – Canadian employers would be wise to apply the same “due diligence” standard to those workers who will be working outside of Canada as they do to workers in Canada.

Subject to the proviso that “due diligence” will always depend on the particular circumstances, the following is a list of measures that Canadian employers may wish to consider taking when sending workers abroad, and, in particular, when those workers may be sent to jurisdictions where there are known health and safety risks that arise from civil unrest, violence, high crime rates, exposure to illness or other sources:

Your duty to take steps to ensure the safety of your workers while they work in other countries may not be the only duty that travels with them. You may also have a duty to protect workers from harassment in other countries.